There are several major cities in Nigeria. In this post, we take a look at the top cities in the country in terms of economic development, infrastructure, and political importance.

Here are the top 10 major cities in Nigeria

Popularly called Eko in Yoruba, Lagos is the most populous city in Nigeria with over 20 million residents. The city is separated into 2 main parts by a body of water. These are called the Island and Mainland area

Lagos was the capital city of Nigeria from 1914 to 1991. Some of the popular places in Lagos include Ikoyi, Victoria Island, Lagos Island, Ikeja and many more.

The Island area of Lagos is known for its beautiful sceneries as well as sky scrappers. Also, Lagos is known as the town that never sleeps with malls, clubs, restaurants and bars.

Lagos is also notorious for traffic and you can spend hours going to a place that should ideally take a few minutes.

Abuja is the seat of power of the country. It is also known as the Federal Capital Territory. The city replaced Lagos as the capital city on the 12th of December 1991.

The city was properly planned and built in the 80’s. The current population of the city is close to 1 million residents.

The growth of Abuja over the last couple of decades as led to the springing up of satellite towns at the outskirt of the city. These include the likes of Karu, Suje, Gwagwalada, Lugbe and Kuje.

The city has held several important events like the Commonwealth Games in 2003 and the World Economic Forum in 2014.

The city is known for the Durbar festival which is hosted by the Emir of Kano to mark and celebrate the two annual Muslim festivals Eid-ul-Fitr and Eid al-Adha. The majority of the people of Kano are farmers largely as a result of the million of hectares of land it possesses which are extensively irrigated.

Despite the fact that Warri is not the state capital, it is easily the most popular city in Delta State. The city is located on the Lower Niger/Delta coast line, it is known for oil production and several tourist attractions like the palace of the Olu of Warri, Nama palace, Koko Red Mangrove Swamp, Effurun Garden Park. It is also a port town like Port’ Harcourt and it is known for business and tourism.

Indigenes of Warri are known as Wafarians and the presence of oil in the city has attracted massive development.

Port Harcourt is a coastal city with scenic shorelines. It is the centre of Crude Oil in Nigeria and you will find many oil companies in the city.

Port-Harcourt is the state capital of Rivers and it is located in the South-South region of Nigeria.

Prior to the discovery of crude oil, the city was known for its sea port which served as a centre for export activities.

Some of the tourist centres in Port Harcourt include Isaac Boro Park, Monument of Jaja, Bony Island and Ifoko Beach.

The standard of living is quite high in Port Harcourt and it is also known for its lively and dynamic nightlife.

One of the most ancient cities in Nigeria, Ibadan is the capital of Oyo state and the largest city in West Africa. It is located in the South-Western part of Nigeria. The city plays home to the first University in the country, University of Ibadan which was formerly called University College, Ibadan.

The city is also known to have produced the first sky scrapper (Cocoa House) and the first teaching hospital in Africa.

Ibadan is made of inter-linked streets. The city is also known for tourism as it houses a prominent museum in the University of Ibadan as well as the popular Mapo Colonial City Hall.

Popularly called J town, Jos is one of the most loved cities in northern Nigeria.

The city is located on the Jos Plateau.

During the British era, the city was known for tin mining and this led to the influx of Igbos, Yorubas and European into the city.

Although, religious crises in the city between 2001 and 2011 has made it a bit difficult to live in notwithstanding it remains a great city in Nigeria.

The weather in the city is cool and the environment is typically serene. The city boasts of a number of attractions which includes museums, wildlife park, game reserve, waterfalls and several hills and rocks. Improve your weather experience with blaux air conditioner.

Calabar is known for the Calabar Carnival which takes place every December in the city. This is the biggest street party in Africa.

The city is located in South-East, Nigeria and watered by the Great Kwa and Calabar rivers. Calabar is also home to other tourist attractions like the Obudu Cattle Ranch and Tinapa Resort. The city also has international air and sea port.

Minna is located in the central part of Nigeria. The city features some notable tourist sites like the Gurara falls, Baro port (which was used in the colonial days for transport) and the Wushishi Transway engine.

The history of Minna can be traced to when it was used as a labour camp for railway construction which led to development of the town into a major commercial city.

Enugu City is also known as the Coal City. The city is located in South-East Nigeria and it’s the state Capital of Enugu.

The city is known for tourist destinations like the Nike Holiday Resort, Iva Valley (coal mine) and the famous Nmanwu Cultural Festival. The road network here is well designed with so many state of the art buildings (complexes and malls). In general, it is highly commercialised and life in Enugu is like living on a fast lane. 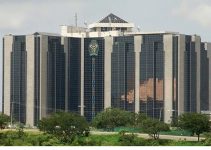 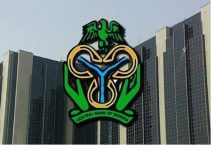