The University of Ibadan was established in 1947. Initially, it was a College under the University of London. The college started with academic programmes in Arts, Science and Medicine.

However, it became a full-fledged independent University in 1962 and the institution has grown since then to include academic programmes in 13 faculties which include:

The Faculties of the Basic Medical Sciences, Clinical Sciences, Public Health and Dentistry are a part of the University’s College of Medicine.

Also, the university has academic units. Some of which include:

Currently, the UI hosts the Pan African University Life & Earth Sciences Institute on behalf of the West African Subregion. The programme is in its 2nd year and has 97 students from all over Africa.

The University of Nigeria was founded by Dr Nnamdi Azikiwe in 1955. However, the school was formally opened on the 7th of October 1960.

UNN is the first autonomous university in the country. Currently, the University has 15 Faculties and 102 academic departments. Also, the University offers 82 undergraduate and 211 postgraduate programmes.

The initial enrolment at UNN was 220 students with 13 academic staff members. The classes commenced on the 17th of October, 1960.

The vice Chancellor of UNN has a burning desire to create a smart university and this led to the Roar Nigeria Hub which is one of the full-fledged universities embedded ICT Hub in West Africa. The hub is a private sector initiative which is been supervised by two engineering graduates of the university.

Some of the notable alumni from UNN include:

Established in 1962, the University of Lagos is one of the top universities in the country.

Popularly called UNILAG, the university has 3 campuses located in Akoka, Yaba, and Surulere.

UNILAG started with 131 students and has grown to over 40,000 students. The university staff strength is 3,365. There are 12 faculties:

Also, the University has 2 centres:

Formerly known as the University of Ife, Obafemi Awolowo University was established in 1962.

The university is one of the largest in the country in terms of land mass. It covers a land expanse of 11,862 hectares.

Due to this land area, the university has one central campus along with its students’ residential area, staff quarters as well as a teaching and research farm.

In the 1970s and 1980s, the University was known as one of the foremost universities in Africa.

The University has produced a NobelLaureate as well as several National Merit Award winners.

The vision of the University is to be one of the top rated universities in Africa, that is, the technological flagship of the West African sub-region, as evidenced by its application of modern technology to teaching, research and community service, and its provision of practical solutions to social, cultural and economic problems.

Covenant University is arguably the best private university in the country. The university was set up in 2000 with the vision to become the leading world-class Christian Mission University.

However, the university didn’t start until March 2002 when the Federal Government presented the institution with the licensing certificate to operate as a Private University.

The approval by the National Universities Commission (NUC) was reputed to be the fastest in the history of the 16 applications for the establishment of private universities filed with the NUC.

The University was founded by the Bishop of the Living Faith Church as a part of the Liberation Commission.

According to the founder, Dr David Oyedepo, the objective of the University is to transform her products, that is, her graduates as, into expert thinkers, unusual managers, and hyper-resourceful technocrats in all fields of human endeavour.

Ahmadu Bello University also known as ABU was established in 1962 and it is currently one of the best universities in the country.

Prior to the establishment of ABU, the Ashby Commission on Post-School Certificate and Higher Education in Nigeria recommended that a University be set up in Northern Nigeria and the product of this recommendation was ABU.

The university began full operation in 1962 on the sites of the defunct Nigerian College of Arts, Science and Technology; the Clerical Training Centre, Kongo; the Samaru Agricultural Research Station and the Shika Livestock Farm.

ABU was named after the Sardauna of Sokoto and the Premier of Northern Nigeria, Sir Ahmadu Bello.

The university began with the following faculties:

There were 15 faculties and 426 inaugural students.

Currently, the University is made up of 2 campuses with 12 Faculties, 1 Post-Graduate School and 82 academic departments. The total student enrolment in this university is 35,000 and they represent a diversity of ethnic background because they are drawn from every state of the country.

Also, ABU has 5 Institutes, 6 Specialized Centers, a Division of Agricultural Colleges, a School of Basic and Remedial Studies, a Demonstration Secondary School, a Primary School and a Consultancy Outfit providing a variety of services to the University and the wider society.

The university has about 1,400 academic and research staff and over 6000 non-teaching, senior and junior administrative staff.

The origin of the Federal University of Technology, Minna can be traced to 1983 when the university was established with the objective of promoting the Nation’s drive for self-reliance in Science, Engineering and Technology.

When the university was established, it acquired the facilities of the former Government Teachers’ College Bosso which is currently the Bosso Campus of the University.

Also, the University acquired 10,650 hectares of land at Gidan-Kwano along the Minna – Kataeregi – Bida Road as its permanent site, to cater for the necessary inevitable expansion envisaged.

The facilities on this main campus include:

Also, one of the professors from this prestigious university was involved in leading a team that developed and produced typhoid vaccines. This project was sponsored by Unipetrol Nigeria Plc. The typhoid vaccines have been tested on humans and would be made available to the public very soon.

The University of Ilorin is one of the best Universities in the country. UNILORIN as it is popularly called, enrolled its first set of 200 students on the 23rd of October, 1976 and academic work started on the 25th of October, 1976.

The University started on a portion of the temporary campus of the Kwara State Polytechnic. It was on this site that the academic programmes of the Faculties of Art, Science, Education, Engineering, Business, Social Science and Basic Clinic Sciences

Currently, UNILORIN has 15 faculties which include:

That same year, the University embarked on growing a 10,000 hectare oil palm plantation which is expected to serve as a source of foreign exchange when completed.

Between 2012 and 2016, JAMB (the body in charge of admission into the university in Nigeria) revealed that UNILORIN had the highest number of applicants which implied that it was the most preferred university in the country during this period.

Popularly called UNIBEN, the University of Benin is one of the top-rated universities in the country.

UNIBEN is known to have produced the first female vice-Chancellor. This happened when Grace Alele-Williams was appointed in 1985 until 1991.

Currently, the total student enrollment at the university stands at over 40,000 comprising both full-time and part-time students.

The University of Benin is known to collaborate with several universities across the world and with both local and international bodies such as USAID, Ford Foundation, UNCF (United Negro College Fund), RMRDC (Raw Materials Research & Development Council of Nigeria) amongst others in the areas of Agriculture, Public Health and Engineering.

Our list isn’t complete without the University of Abuja. The university took off in 1990. At that time, the University used a temporary site, made up of three blocks of building meant for a primary school in Gwagwalada. It was tagged the “mini – campus”.

However, that same year, the University was allocated an expanse of land covering over 11,800 hectares along the Abuja – Abuja road for the development of its main campus.

Some of the important landmarks on the new University campus include the Senate Chamber, the Science Laboratories, Faculty of Law, the Faculty of Management Sciences, Faculty of Education, Faculty of Social Sciences, School of Remedial Studies and the Institute of Education. Also, the university has a Medical Centre which has been equipped with modern medical facilities. Additionally, the campus hosts a number of recreational facilities including an Olympic size football field, a volleyball pitch and a long-tennis court. 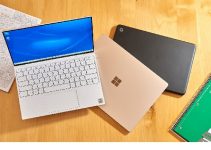