Accent and placement of stresses in spoken English

As mentioned earlier, Nigeria has about 500 languages and each of these languages have their own peculiarities. Let us take the three major languages as an example; The Igbo language, the Hausa language and the Yoruba language. For example, the Igbo diction uses the sounds /l/ and /r/ interchangeably so a word like ‘rod’ is pronounced ‘lod’, ‘london’ is then pronounced as ‘rondon’.

The Yoruba language has some sounds which are absent in its vocabulary, one of which is the /h/ sound. So, a word like ‘hair’ will be pronounced ‘air’ and ‘hungry’ will be pronounced as ‘Ungry’. With the Hausa language, the sounds /f/ and /p/ are used interchangeably, so the word ‘pipe’ /paip/ is pronounced as /faif/. The interference of the native languages affects the correct pronunciation of the English words.

Faults in the curriculum and educational program

The gaps and faults in school curriculum taught in schools also adds up to the difficulty and inability of most Nigerians to learn English language effectively. In Nigeria, most schools use outdated curriculums and do not train the learner to world standard. Policies need to be put in place by the government to mandate schools to teach with updated English curriculum.

As mentioned earlier, although English language is the official language in Nigeria, it is still not the most common language. English language is used in formal settings such as schools, offices, banks, etc. But you will find that English language is not commonly used in markets places, homes, social and religious gatherings or neighborhoods. While it is essential that learners do not lose their mother tongue, this still poses a problem to the effective learning of English language for a second language learner in Nigeria. Most Nigerians, after learning in schools do not have an environment to practice what they have been taught.

Lack of reading culture in Nigeria

Most Nigerians lack an effective reading culture. Many are not trained to read while growing up and even after they have begun learning, do not continue reading. This negatively affects their learning capacity as reading helps the retention of learners.

In most Nigerian environments, the use of English language regarded as a neglect of the native culture. If a person is trying to speak the English language properly, you will find them being ridiculed or made fun of. This is also rampant among teenagers in Nigeria. You will find many speaking what is known as ‘broken English’ because they want to feel like they belong to the streets. ‘Pidgin English’ is considered trendy and gives an air of bravado while people who have a good command of the English language are considered naïve and nor street smart. 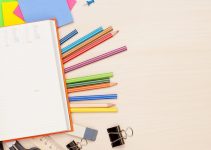