The life expectancy in Nigeria falls short of the global average by almost 15 years.

Life expectancy at birth indicates the number of years a newborn infant would live if prevailing patterns of mortality at the time of its birth were to stay the same throughout its life. 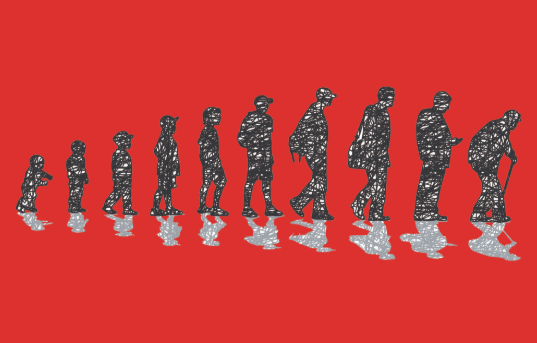 Nigeria’s Life Expectancy: How It Changed Over Time

Let’s take a look at the life expectancy trend in Nigeria since 1960.

It is clear that the life expectancy value has been growing steadily since 1960 which indicates that there have been improvements in the indicators contributing to a longer life.

Nonetheless, the steady growth in life expectancy in Nigeria cannot be compared to some developed countries in America, Asia and Europe. Countries like Luxembourg, Israel, France, Australia and South Korea have the highest life expectancy value in the world at over 82 years.

The prevalent issues responsible for the low life expectancy value can be traced to specific economic, social and developmental indices. These problems include poor nutrition, high maternal mortality as well as high infant mortality.

Why Nigeria’s Life Expectancy is Low

In this post, we take a look at the major cause of the low life expectancy in Nigeria

Malaria, tuberculosis and HIV are the leading causes of death in Nigeria. The country suffers the world’s greatest malaria burden, with approximately 51 million cases and 207,000 deaths reported annually. Consequently, the country bears approximately 30% of the total malaria burden in Africa.

Also, 97% of the 180 million Nigerians are at risk of infection and the disease accounts for 60 % of outpatient visits to hospitals and has led to approximately 11% maternal mortality and 30% child mortality, especially among children less than 5 years.

The causative organism of Malaria is Plasmodium falciparum, and the mosquitoes Anopheles gambiae, Anopheles funestus, Anopheles arabiensis, and Anopheles moucheti which are also the major vectors causing year-round transmission; artemether-lumefantrine (AL) or artesunate + amodiaquine (AS + AQ) is the treatment regime adopted in 2004.

Malaria affects the economic productivity in Nigeria, resulting in an estimated monetary loss of approximately N132 billion in treatment costs, prevention, and other indirect costs.

Also, the lack of potable has contributed to the incidence of certain diseases in the country. Currently, 45% of the country’s population has no access to clean water in Africa. This is why there is a prevalence of diarrhoea and water-borne diseases.

Overall, diseases account for 26% of the death cases in Nigeria.

To increase life expectancy rate with regards to reducing the incidence of diseases, the government must provide quality health care policies and think of sustainable healthcare financing. Also, strengthening the primary health care system in order to serve the population is fundamental.

Poverty is another prominent cause of the low life expectancy in Nigeria and it is responsible for 24% of the death in the country. It is estimated that close to 90 million Nigerians live in extreme poverty. This means that Nigeria is the poverty capital of the world with 46.7% of the country’s population considered as poor.

Interestingly, Nigeria has one of the highest economic growth rates in the world but this has been unable to stem the tide of poverty in the country. Some of the major causes of poverty in Nigeria are political instability, income inequality and ethnic conflict.

Additionally, the lack of a stringent regulatory and monitoring system has allowed for rampant corruption which has effectively hindered past poverty alleviation efforts to a large extent, since the resources which could pay for public goods or directed towards investment (and so create employment and other opportunities for citizens) are being misappropriated.

Overall, the government’s poor economics play quite a huge role in the low life expectancy of Nigeria, for example, there are issues of salaries not being paid on time and with the remuneration of these civil servants being denied, when there are health challenges, it is difficult to access quality medical care.

The unemployment rate in Nigeria is estimated at 18.8% which makes it difficult for these unemployed individuals to fend for themselves and access the necessary healthcare when they fall ill. This has contributed to the high level of poverty in the country.

Another major cause is the literacy level in the country. Often times, when people fall ill, the resorted to native medicine which may not be able to cure their illness and they end up losing their lives. Also, uneducated Nigerians are often skeptical about vaccination which has led to high infant mortality in some parts of the country.

Generally, the level of education is directly correlated to the life expectancy of any country.

Improving the life expectancy value in Nigeria can be done by tackling the major problems facing the population of the country. Some of these solutions include increasing job creation, creating employment opportunities, increasing the minimum wage for workers, and stabilizing the country’s micro and macro economy by implementing the right policies.