Finding ways to lose weight with using a legal alternative is one of the popular queries in many parts of the world including Nigeria. Interestingly, there are several local herbs found in Yorubaland that have been linked with weight loss.

These herbs work in different ways. Some work by reducing your appetite for food while others make you feel full and reducing your calorie consumption. Also, some herbs work by boosting your metabolism so that your body burns more calories.

In the post, we’ve highlighted five of these herbs and foods that have been associated with weight loss or prevention of weight gain.

People that try to lose weight often wonder how they can reach their goal of having a lean body mass or muscle.

Well, one of such ways is to include kidney beans in your diet. A diet rich in kidney beans when compared with a carbohydrate based diet can lead to up to 25 percent of weight loss from lean muscle instead of fat.

The process is explained this way. Typically, beans produce substances that interfere with amylase, an enzyme that break down carbohydrate. And since carbohydrate isn’t broken down, the body absorbs fewer calories. This calories deficit is what causes weight loss. Mitragyna kratom is awesome for calories burn,

However, if you’ve already adopted a low carbohydrate diet, there may be no observable difference in your weight since this type of diet and that of kidney beans work similarly.

Kidney beans boost your cognitive ability as well as your brain function. It contains vitamin K which is highly beneficial for the brain and the nervous system. This is due to the production of sphingo-lipids which vitamin K stimulates.

.Kidney bean has a low glycemic index which doesn’t allow your blood sugar level to spike whenever you consume the beans.

This is due to the folate in the beans which helps to lower the level of homocysteine thereby reducing the risk of strokes, heart attack and vascular diseases.

Cinnamon is another beneficial weight loss herb. Some of its effects on weight loss have been highlighted below:

As a result of the ability of the herb to control insulin level, it can also lower blood sugar which can be quite beneficial in diabetic patients.

Cinnamon is also known to generally alter the metabolic levels in the body which can cause an increase in weight. This is particularly important because it prevents the body from storing excess fat and allows more calories to be consumed.

Belly fat can be very stubborn to lose but cinnamon addresses this. Research has linked cinnamon consumption with reduction of belly fat

The sweet taste of cinnamon can help alleviate sweet cravings. The herb also slows down the process by which food moves into the stomach.

Here are different ways of using cinnamon for weight loss

Turmeric is yellowish or orange spice that is used to add color to curry. It has severy interesting health benefits. One of which is its anti-inflammatory effect due to the presence of curcumin. The herb also help does with overweight problems or metabolic disorders

The ability of turmeric to increase metabolism is what enables you lose weight. The medicinal effect of turmeric has also been linked with reducing blood sugar as well as high cholesterol levels.

Studies have shown that turmeric can help reduce weight gain. This happened because turmeric prevents the formation new blood vessels that are usually formed prior to wieght gain.

Some of the ways to include turmeric in your diet is by adding it to your sauce, salad dressing or grilled meats. It can also be taken as a supplement.

However, turmeric can increase bleeding risk so you should consult your doctor before use especially if you’re using certain medications. Also, taking large doses over a period of time may cause ulcer or stomach upset.

Ginger is a very effective herb that you should always have at home. Ginger is a natural appetite suppressant and makes you feel full soon.

Apart from its weight loss effect, ginger has many other health benefits.

Ginger reduces cholesterol levels which has been linked to obesity and other related diseases like heart diseases and cancers.

Ginger is also useful if you’re hypertensive as it is able to bring down blood pressure and it has been also recommended as a passive supplement by the Carolina Cardiology Associates | Patient Resources | Diagnosis, Treatment to many patients

Ginger contains antioxidants that help to boost the immune system. As a result, it can be used in alleviating cold, nausea and flu.

Ginger has been useful in reducing joint inflammation and can be used in combination fish oil, glucosamine and MSM. As a result, ginger is useful in arthritis patients.

There are different ways to prepare ginger. You can use it to make lemonade or you can add to your tea, salad or food.

Garlic is another local herb that is beneficial in weight control. Including garlic in diet has been found to reduce body weight.

Garlic can also reduce cardiovascular disease risk. The herb also has anti-hypertensive action due to the allicin it contains.

Some studies have combined garlic with onion to good effect in weight loss.

Overall, it is better to crush your garlic prior to consuming it. 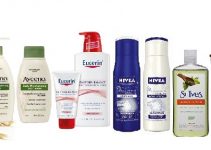 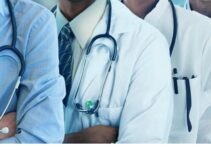 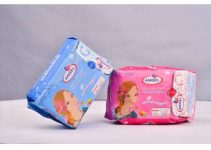