In this post, we take a look at the history of healthcare in Nigeria highlighting important timelines between 1472 and 2016.

History of Healthcare in Nigeria

1861 | Britain establishes the Colony and Protectorate of Nigeria.

1880 | The first healthcare facility in Nigeria is a dispensary opened by the Church Missionary Society.

1885 | The Sacred Heart Hospital is the first hospital established in Nigeria. It is built by the Roman Catholic Mission.

1886 | Healthcare dispensaries are opened in Onitsha and Ibadan

1945–1955 | The First Colonial Development plan for healthcare in Nigeria was put in place. The health system is regionalized. Most public hospitals provide cost free care for civil servants and their dependents while parallel church-owned hospitals provide care for the needy in this period.

1951 | The Nigerian Medical Association (NMA) was established in Abuja

1952–1954 | A new policy was implemented which transferred the control of medical services to the Regional governments.

1952 | This was the year the first medical school in Nigeria, University College Hospital, Ibadan was established.

1954 | The overall national policy for Nationwide Health Care Services is stated in the Eastern Nigeria government report on “Policy for Medical and Health Services”. The report states that the aim is to provide national health services for all, emphasizing the need for expansion of healthcare to rural areas. It is also very clear that each health care provider needs to learn More about natural language processing in healthcare, so that they can use it to classify patients, extract insights, and summarize information.

1956–1962 | It was this period the Second Colonial Development plan for healthcare in Nigeria was launched.

1962–1968 | It was during this period the First National Development Plan for healthcare was launched in Nigeria by the government.

1970–1975 | The Second National Development Plan for healthcare was launched in Nigeria by the government.

1972 | This was the year the country witnessed the first appearance of epidemic cholera.

1975–1980 | The Third National Development Plan for healthcare was launched during the period by the government.

1981–1985 | The Fourth National Development Plan for healthcare was launched during this period by the government.

1982 | Eko Hospital was founded in Lagos

1986 | Lagoon Hospitals was founded as a healthcare company in Lagos

1990 | Zenith medicare limited was incorporated as a health maintenance organization. It offers health insurance services to individuals, small groups of employers and to large corporate organizations in Nigeria.

1997 | Healthcare International was established as a healthcare provider in Lagos

1997 | Prepaid Medical services limited was incorporated as a health maintenance organization in Abuja. It provided services for individuals, families, groups and corporate organizations.

1999 | This was the year Nigeria regain democracy and Olusegun Obasanjo was elected president.

2000 | The adoption of Sharia law by several Islamic northern states.

2001 | Reddington Hospital was founded in Lagos

2001 | The Abuja Declaration took place when the African Union countries meet and pledge to set a target of allocating at least 15% of their annual budget on healthcare.

2004 | A report revealed that health insurance coverage was estimated at 0.1% of the total population of Nigeria.

2004–2008 | The country’s 5 year Strategic Plan for healthcare was launched by the government.

2006 | The new national health policy was adopted. The plan included a re-designed National health insurance scheme that protects citizens against high costs of treatment, and a fair financing of health care providers.

2010 | Cholera epidemic breaks out in the north of Nigeria and extends to the rest of the country. 3,000 cases involved and 781 deaths.

2014 | A report revealed that insurance coverage reaches about 5 million people in 2014 (3% of the total Nigerian population).

2016 |  A report puts the life expectancy value in Nigeria is estimated at 53.4 years, being ranked 216th out of 228 political subdivisions 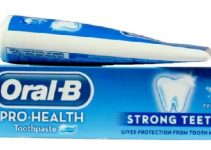 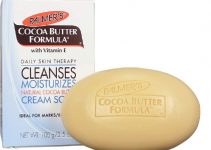 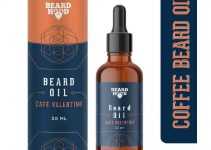