Although these figures would seem like the nation is making some progress in this area, it isn’t quite so. On the contrary, it is reported that there is some worsening of child mortality in Nigeria in recent years. This is due to the low numbers of births occurring in health facilities in Nigeria. There have also been a low number of births attended to by trained healthcare service providers.

Causes for the increased rate of infant mortality in Nigeria

Undeniably, the increased infant mortality rates can be traced to the lack of access to quality delivery services by many women in Nigeria. There is also the issue of poverty. Many cannot afford basic treatment or the money to take the long-distance to these health facilities. The difficulty of transportation poses a problem in accessing health care facilities by many women.

Research has it that only about six in ten mothers receive antenatal care from a trained medical professional. Nurses and midwives are the most used source of healthcare agents. Good antenatal care is a solution to the problem of infant mortality as it aids in the prevention of popular diseases such as neonatal tetanus, malaria, and maternal anaemia.

The case is so bad that as of 2003, only 39 percent of pregnant women received malaria preventing drugs and only about 58 percent of them received iron supplements.

The consequences of the poor attention given to the care of pregnant women in Nigeria are the ripple effects we see on maternal as well as child mortality.

In Nigeria, one in five Nigerian children never reaches the age of 5; a ratio of 201 per 1000 live births. Half of the reports of child mortality in Nigeria are a case of Infant deaths which has increased since 1990.

Another reason for the elevated rate of infant mortality in Nigeria is malnutrition or undernutrition. This is defined as the inadequate intake of food nourishment, such as proteins and vitamins. The adverse effects include stunted growth, development and loss of energy in the affected peoples. Malnutrition is prevalent in women and children under the age of five in developing countries in places such as Africa, Asia, and Latin America.

Physical effects seen on children who suffer from malnutrition include stunted growth or even being overweight. Such effects are seen in the difference in weight and height ratio when compared with the global standards.

In Africa, the number of stunted children has risen. Inadequate or unavailability of required nutrients affects the physical and cognitive developments of a child. It also increases susceptibility to severe health problems such as anaemia, fatigue, and poor brain development. It causes a decrease in the ability of the immune system to fight off infections which then results in higher numbers of deaths from diseases such as diarrhoea, malaria or respiratory diseases.

For example, the lack of Vitamin A is the leading cause of blindness among malnourished children.

Infant mortality rate can also be traced to a country’s social and health condition. This includes problems such as water pollution, air pollution etc. These have accounted for infant mortality even more than health expenditures. They could also negatively affect the health of a mother or baby.

Early childhood trauma includes psychological, physical and sexual abuse of a child below the ages of five. Trauma has a huge impact on the mental and physical wellbeing of a child. Its effects continue to be seen throughout the course of a child’s lifetime. It is also a significant contributor to infant mortality.

Many in developing countries do not have access to professional health care resources such as skilled personnel and drugs simply because they cannot afford it. Countries with reports of extreme poverty such as Nigeria also have a pattern of epidemics, endemic infectious diseases, and low levels of access to maternal and child healthcare. A decrease in household income results in increased rates of infant mortality because the amount spent on food and healthcare is reduced. This, in turn, affects the quality of healthcare and medical services used to ensure the safe development and survival of both mother and child.

Many families are not well educated on the importance of good health care services and facilities in the care and delivery of pregnant women and their children. Some people still make use of quack native doctors or choose to deliver at home. If there is more education among mothers, communities, and local health workers, there will be a decrease in infant mortality rates, improvement in family planning and better health of children. Education also includes awareness of health services and education. 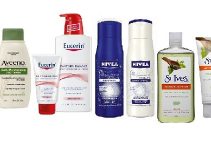