This discussion led to the invitation of the late Dr. G. B. Jeffery, F.R.S., Director of the University of London’s Institute of Education in 1949 to visit West Africa to study and advise on a “proposal that there should be instituted a West African School Examinations Council”.

Dr. Jeffery toured the Gambia, Sierra Leone, Ghana (then called The Gold Coast) and Nigeria from December 1949 to March 1950. After his tour, he submitted a report (since known as the Jeffery Report) recommending the establishment of the West African Examinations Council.

Subsequently, the four West African governments adopted and published the report in late March 1950, without reservation and an ordinance establishing the Council as a corporate body was drafted by the West African Inter-Territorial Secretariat in consultation with the governments.

In 1951, the ordinance was passed by the Legislative Assembly of the Gold Coast in December 1951 as the West African Examinations Council Ordinance No. 40 of 1951. It was later made effective by similar enactments by the Governments of Nigeria, Sierra Leone, and The Gambia.

The ordinance postulated that the Council would be responsible for determining the examinations required in the public interest in West Africa and empowered it to conduct such examinations and to award certificates, provided that the certificates did not represent a lower standard of attainment than equivalent certificates of examining authorities in the United Kingdom.

WAEC set up a temporary office in Accra with a small staff headed by the late Mr. Kenneth Humphreys, the first Registrar to the Council. The office was located at the West African Inter-Territorial Secretariat in Accra at that time. But by 1953, the Accra Office had moved to a building near the former Department of Education on Rowe Road which the Gold Coast Government made available, and a site for more permanent offices was secured at Achimota.  Later in the year, the new office buildings at Achimota were occupied.

That same year in Lagos, the Nigerian Government also made available a large block of offices at the Technical Institute, Yaba, which became the seat of the Deputy Registrar.  In countries like Sierra Leone and The Gambia, the Council temporarily worked through the Department of Education. Eventually, an office was opened in Freetown in 1958. This was the year the Council’s London Office was also opened.  While in 1973, the national office of the Council in The Gambia was opened in Banjul (then Bathurst).

The first ever Council meeting took place in Accra from 24th to 27th of March 1953.  The meeting was attended by three nominees of the Secretary of State, namely the Chairman of the Council, Mr. A. N. Galsworthy; Chief Secretary of the West African Inter-Territorial Secretariat, Dr. G. B. Jeffery (representing the University of London); and Mr. J. L. Brereton, Secretary of the Cambridge Syndicate (representing the University of Cambridge).  There were, in addition, 13 members nominated by the governments of The Gambia, Sierra Leone, Ghana and Nigeria, and ten observers.  The Council received from the Registrar a brief report of work done since his arrival and proceeded to establish five committees, namely, the Administrative and Finance Committee (initially called the Executive Committee), the School Examinations Committee, the Public Service Examinations Committee, the Professional, Technical and Commercial Examinations Committee, and the Local Committee (replaced in 1956 by the National Committee).

Over the years, the names of the Committees have changed and new ones have been created.  The Committees now include the Administrative and Finance Committee, the Appointments Committee and the Examinations Committee, at both the international and national levels.  In each country, there is a National Committee to which all Local Committees report.

Liberia joins WAEC in 1974, becoming the fifth member country. In 1976, an office of the Council was established in Liberia and in January 1977, the Council moved into its separate building in Monrovia.

WAEC celebrated its 50th anniversary in Abuja, Nigeria in March 2002. The celebration was themed ‘WAEC: 50 Years of Excellence’. The highlight of the celebration was the launching of a book on the history of the Council- The West African Examinations Council (1952-2002): Half a Century of Commitment to Excellence and Regional Cooperation.

Currently, the responsibilities of WAEC include acting as the examination board that conducts the West African Senior School Certificate Examination, for University and Jamb entry examination in West African countries.

WAEC has contributed greatly to education in Anglophonic countries of West Africa (Ghana, Nigeria, Sierra Leone, Liberia, and the Gambia), with the number of examinations they have coordinated, and certificates they have issued. The council has also formed an endowment fund which has been pivotal to education in West Africa, through lectures and aid to those who cannot afford education.

The council is made up of a team of well-trained and highly motivated staff and has administered Examinations that are valid and relevant to the educational aspirations of member countries.

Every year, over three million candidates registered for the exams coordinated by WAEC. The council also helps other examination bodies (both local and international) in coordinating Examinations.

WAEC has a strong committee and its structure is divided into three major parts: International committees, National Committees, and Subcommittees.

The International Committee treat matters affecting all member countries and also harmonizes national views pertaining to policies of the council as a whole. The National committees handle matters relating to specific member countries. It also assists in the articulation of national views on issues affecting the policy of the council as a whole. The subcommittees work on various aspects of the Council’s activities. The Finance committee, for example, is in charge of WAEC’s financial status. There are many subcommittees, and they assist both the International and National Committees.

The International exams are taken in the five countries with the WAEC ordinance and they are referred to as the WASSCE (West African Senior School Certificate Examination). They include:

The National examinations are taken in individual countries. They include:

The council issues credible and reliable certificates to candidates that participate in these examinations. And the standard of these certificates matches with that of the United Kingdom. 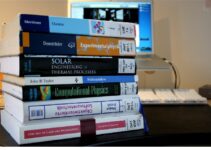 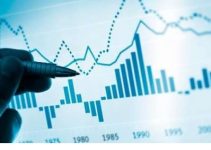 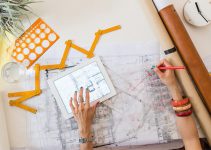 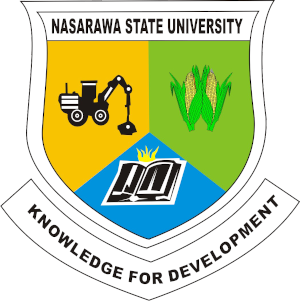