Lots of people are interested in knowing how much the men and officers of the Nigerian Navy earn on monthly basis. This is understandable though since many Nigerians are looking forward to an opportunity to get recruited into the Nigerian Navy.

As a result, many of them want to know what they will be getting into if they finally are able to get the highly desired employment. They want to know how profitable or otherwise it is to be a member of the Nigerian Navy.

People searching for this information are many, especially when news is out that recruitment form for Nigerian Navy is out. This is because prospective Naval officers would want to have a clear insight on how much their monthly salary is going to look like in the event they eventually get into the Nigerian Naval College and how their rank is being structured.

If you want to know how much any Nigerian Navy officer earns per month we are going to reveal to you in this informative write-up. However, you should keep it in mind that any Navy officer’s pay depends on his or her ranks, just as it had been hinted in the earlier part of this write-up.  This information provided here is reliable as it is from a reliable source. You can, therefore, rely on everything and take it as the complete truth and nothing but the truth.

Now, what exactly is the Nigerian Navy Salary Structure? Continue to read to find out about this.  The salary structure provided below is calculated on annual basis. You should take good note of that as you read along.

Ranks in the Nigerian Navy

This particular category of officers in the Nigerian Navy consist of only six offices and the entire pack is led by the apex is Warrant Chief Petty Officer, while the very last person among non-commissioned officers in the Nigerian Navy is referred to as the Trainee. The six are arranged in the order of their seniority with the most senor coming first and the least officer coming last.

However, before we delve in to this information, let’s take a quick look at this prestigious organization.

The primary role of the Nigerian Navy was to train recruits and set up the necessary infrastructure for the administration of naval activities. At the initial phase of establishing the Navy, the officials was made up of mostly reserve Royal Navy officers as well as ex-Service personnel from the defunct Nigerian Marine.

Due to this limited number of skilled navy officers, the Nigerian Navy was prompted to hold its first ever basic training for prospective officers called the HMNS QUORRA. The training began on the 1st of November in 1957 and during this period, 60 junior ratings underwent a 6 month basic seamanship course.

The progress made at the Navy would later lead to the organization being transformed to a full-fledged Navy with the Queen of England allowing the force to use the title ‘Royal Nigerian Navy.’ This grant happened in July 1959.

In 1963 when Nigeria became a republic in 1963, the title was rechristened and the new name was ‘the Nigerian Navy.’

As it applies to other military organizations like the Airforce and the Army, the salary structure of the Nigerian Navy is based on the ranks of the officers.

Currently, there are twelve ranks under the commissioned officers and we’ve highlighted the ranks below and the salary per annum of some of these officials.

These are the other ranks but we don’t have the salary package of these ranks.

On the other hand for non-commissioned officers, there are only seven ranks starting from Warrant Chief Petty Officer at the top and Trainee at the grass root. 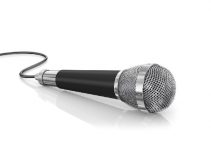