Often times, people look for jobs in the private sector because of the attractive pay package. However, it is interesting to note that there are several government parastatals that pay quite well.

These include the likes of Nigerian National Petroleum Corporation, Bank of Industry, Central Bank of Nigeria, Federal Inland Revenue Service, Nigerian Maritime Administration and Safety Agency amongst others.

In this post, we take a look at these highest-paying government parastatals in Nigeria

NNPC is involved in managing the joint venture between the Federal Government and a number of foreign multinational corporations, which include Royal Dutch Shell, Agip, ExxonMobil, Total S.A, Chevron, and Texaco (now merged with Chevron).

The company is solely responsible for upstream and downstream developments and is also involved with regulating and supervising the oil industry on behalf of the Nigerian Government.

The NNPC headquarters is located in the NNPC Towers in Abuja. It comprises four identical towers, the complex is located on Herbert Macaulay Way, Central Business District Abuja. NNPC also has zonal offices in Lagos, Kaduna, Port Harcourt and Warri. Additionally, it has an international office located in London, United Kingdom.

The NNPC has several autonomous Business Units. These include the Upstream Company, Downstream Company, Refining Company, Ventures Company as well as the Gas & Power Company

Bank of Industry Limited is also known as BOI. It is the oldest and largest Development Finance Institution (DFI) currently operating in Nigeria.

BOI is a parastatal under the Federal Ministry of Industry, Trade and Investment and the mission of the organization include provision of financial assistance for the establishment of large, medium and small projects as well as the expansion, diversification and modernization of existing enterprises; as well as rehabilitation of existing ones.

The bank is focused on financing industrial projects in key sectors of the economy such as: Agro and Food Processing, Light Manufacturing, Gas and Petrochemicals, Engineering and Technology, Solid Minerals and Creative Industries (arts and entertainment) which is in line with the Nigeria Industrial Revolution Plan and Economic Recovery and Growth Plan (ERGP).

The employees at the Bank of Industry are one of the highest paid in the country. According to its 2016 annual report, the bank had in its payroll about 335 employees, compared to 318 the year before. Based on this, the average salary per employee comes to a whopping ₦20 million in 2016 alone. This is one of the highest we have seen in the financial services industry and for government-owned entities.

A breakdown of their staff salary also reveals about 141 (42%) of the staff earn above ₦9 million while about 291 (86%) of the customers earn about ₦4 million and above.

CBN is the apex monetary authority of Nigeria. It was established by the CBN Act of 1958 and began operations on July 1, 1959.

The bank was set up with the objectives of maintaining the external reserves of the country, promoting monetary stability and a sound financial environment, as well as serving as a banker of last resort and financial adviser to the Federal Government.

Over the years, the bank has grown to become instrumental in the growth and financial credibility of commercial banks in the country by ensuring that all the financial banks operating in the country have a capital base (required reserves).

Also, the CBN is active in promoting financial inclusion policy and is a leading member of the Alliance for Financial Inclusion. It is also one of the original 17 regulatory institutions to make specific national commitments to financial inclusion under the Maya Declaration during the 2011 Global Policy Forum held in Mexico.

For entry-level employees, CBN pays ₦122, 000 monthly but the pay actually depends on your department and unit.  Although, the figure seems quite low when compared to other banks, however, this small base pay is well compensated for in allowances and bonuses.

The FIRS was set up to operate a transparent and efficient tax system that optimizes tax revenue collection and voluntary compliance.

FIRS is another federal agency that pays quite well. The entry-level staffs are paid between ₦120, 000 and ₦150, 000 monthly.

For officer 1, the salary is between ₦167, 000 and ₦184,000. Unlike most of the other salary packages, the Federal Inland Revenue Service have no other remunerations apart from the salary. Thus, all figures given are non-negotiable in the upwards direction.

NIMASA was created in 2006. It was formerly known as the National Maritime Authority (NMA) and it is responsible for regulations related to Nigerian shipping, maritime labor and coastal waters.

The agency is also involved in inspections and provides search and rescue services. 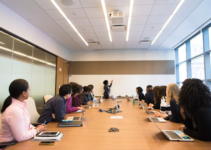