The Nigerian Government has witnessed several transitions in rule over the years.

In February, 1999, there was a change in Government from military which had been in existence for 15 years.

This marked the beginning of the civilian rule which is a multiparty based system.

Structure of the Nigerian Government

Nigeria is a Federal Republic comprises of 36 states as well as the FCT. It operates the Presidential system of Government and has three supporting arms which are the Executive, the Legislative and Judiciary.

The President, The Governor, their Deputies, including the members of the Legislature at the Federal and State levels are elected, under the current constitution, for a period of four years and this is  renewable only once. The Senate President serves as the Head of the Federal Legislature.

The future of Nigerian politics lies in tolerating civilian governance. Failure of the elections conducted by the civilian Government in 1965 and 1983 brought about the military intervention.

With a restoration of democracy, Nigerians are very much determined to sustain it and make the future generation proud to be a part of this great nation.

Since the restoration of democracy in Nigeria, there has been consistent and gradual change in the political arena.

Amidst the controversy in the elections the People Democratic Party (PDP) emerged winner of the election and they were in power for four years.

In 2007, there was another general election with 18 political parties and this also led to victory for the PDP. They were the party in power for yet another four years. Although the then president passed away while in power, the party retained ownership of the Presidency.

The strong hold of the PDP played out yet again for the third time and they still emerged winner of the 2011 general election. There were about 21 registered political parties during the election.

However, the opposition was gaining ground and become a force to be reckoned with.

There was a defeat of the incumbent in the 2015 general elections and this brought into power the All Progressives Congress (APC). 26 Political parties were registered for this election.

Nigeria has proven that it can sustain democracy and the people are ready to do what it takes to make this happen. 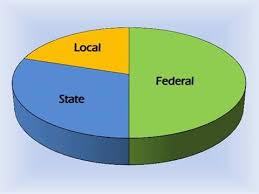