Poverty is a great problem in Nigeria and it had been with this country for decades. Many think lack of proper plan by progressive governments is one of the factors that lead to entrenchment of poverty in the country. 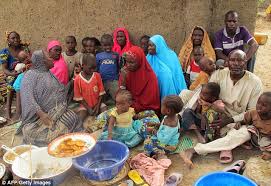 Several governments have made efforts to fight against poverty, but none of these efforts had been as effective as desired.  At a time, the government was thinking of poverty eradication. After a while, the government thought it was not possible to eradicate poverty and they therefore changed the slogan to poverty alleviation.

These programs set up to alleviate poverty would have been effective if there had been more seriousness on the part of the government to make these programs work. But it is unfortunate that many of the organizers of these programs and those who help them in implementing the programs were never serious about influencing the lives of the Nigerian populace positively; they were too selfish in their reasoning to make anything tangible out of such programs. What are the possible causes of poverty in Nigeria? They will be discussed below.

Income inequality worsened from 0.43 to 0.49 between 2004 and 2009. This is correlated with differential access to infrastructure and amenities. In particular, there are more rural poor than urban poor in Nigeria. This results from the composition of Nigeria’s economy, especially the oil and agriculture sectors.

Oil exports contribute a lot to government revenues and also contribute about 15% to the GDP. However, it only employs a small fraction of the population. Agriculture, however, contributes to about 45% of GDP, and employs close to 90% of the rural population.

This is compounded by the fact that oil revenue is poorly distributed among the population, with higher government spending in urban areas than rurally. High unemployment rates render personal incomes even more divergent. Moreover, the process of oil extraction has resulted in significant pollution and this further harms the agricultural sector.

Nigeria has historically experienced much ethnic conflict. After the return to civilian rule in 1999, militants from religious and ethnic groups have become markedly more violent. While this unrest has its roots in poverty and economic competition, its economic and human damages further spirals the problems of poverty.

For example, ethnic unrest and the displeasure to local communities with oil companies has contributed to the conflict over oil trade in the Niger Delta, which threatens the productivity of oil trade. Civil unrest might also have contributed to the adoption of populist policy measures which work in the short-run, but impede poverty alleviation efforts.

Nigeria’s large population and historic ethnic instability has led to the adoption of a federal government. The resultant fiscal decentralisation provides Nigeria’s state and local governments considerable autonomy, including control over 50% of government revenues and responsibility for providing public services.

The lack of a stringent regulatory and monitoring system has allowed for rampant corruption. This has hindered past poverty alleviation efforts, and will continue to do so, since resources which could pay for public goods or directed towards investment are being misappropriated.