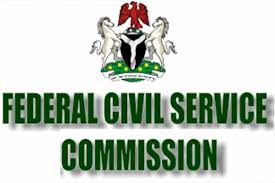 They progress form one stage to the other based on their seniority and qualifications.  The head of service has recently introduced measures that can make the ministries work far more efficiently than ever before and be more responsive to the needs of the general public.

The Nigerian civil service follows the method of governance established by the British colonial masters.  After independence, Nigerian made attempt to reform its civil service. They made use of certain systems and had to change from one system to the other.

There was the Margan Commission of 1963 as well as the Adebo Commission of 1971.  There was yet another one named the Udoji Commission of 1972 to 1974.  In 1979 however, a major change was injected into the Nigerian civil service, which made it have similarity to what obtains in the United States.

There was the Dotun Philips Panel of 1985 that attempted to also reform the Nigerian civil service.

The 1988 civil service reorganization decree was promulgated by Ibrahim Badamasi Babangida and it had major impact on how the Nigerian civil service was structured. This tends to introduce more efficiency to the civil service.

Recommendations were later made by the Ayida Panel to make reversals in some of the innovations introduced in the past and to also return the civil service to its previous and more efficient structure of the past.

Despite the previous efforts made to restructure the Nigerian civil service, it is still considered as an inefficient and stagnant organization today. This is especially because attempts of the past tend to have little impact on the structure.

Reform of the Nigerian civil service was proposed by Stephen Osagiede Oronsaye, who was the Head of Civil Service in August 2009.  He proposed that directors and permanent secretaries should be allowed to spend only 8 years in office.

This reform got approved by then president Umaru Yar’Adua.  This led to massive retirement of permanent secretaries and directors. It happened that many of them were from the northern part of Nigeria.

According to Stephen Oronsaye, the proposal he put forward was to make the Nigerian Civil Service to be among the best organized in the world. Oronsaye was succeeded by Oladapo Afolabi after the former retired at age 60 in November 2010.

The Nigerian civil service is organized mainly around the ministries. These ministries are headed by ministers, who are appointed by the president federal republic of Nigeria.

According to the Nigerian quota system, the ministers must originate from across the 36 state of the federation.  After the president makes his appointment, he forwards the list to the Senate and the senators sit to confirm those appointed by the President as ministers.