Nigeria has over time undergone dramatic changes as far back as the British Colonial rule. The tussle for State creation has been an ongoing battle because some sects in the country believe that they have been sidelined and are not getting enough by way of allocation.

In the 19th Century, the British at different times conquered parts of Nigeria and established control and authority in these regions. These regions were known as Protectorates. They include Lagos, Niger Coast (also known as Oil River Protectorate), and the Northern Protectorates, which were later amalgamated in 1914. This marked the birth of the Country termed “Nigeria”.

Later in 1954, still under the British rule, there were three major regions recognized and these were the Northern Eastern and Western Provinces.

After Independence in 1960, the British handed over to indigenous Nigerians to rule. NnamdiAzikiwe was installed as Governor-General of the federation and Balewa continued to serve as head of a democratically elected parliamentary, but now completely sovereign, government.

In 1976, under the rule of General Murtala Mohammed nineteen states were createdThe Benue-Plateau became Benue, the East Central was split into Plateau and Anambra, Bauchi was carved out of Gondola, the Mid-West became Ogun and Bendel, North Central was renamed Kaduna, North Eastern was Borno, North Western was Sokoto, Rivers was split into Niger and Rivers, South Eastern became Cross and Western State became Onto. The following is the full list of nineteen States:

In 1991, he created ten more States (Yobe, Osun, Taraba, Jigawa. Kogi, Abita and Delta) which brought the total number of States to thirty.

In 1996, with General San Abacha in power, six new States cane into existence. These are Zamfara, Bayelsa, Gombe, Ekiti, Ebony and Nasarawa. This brought the total number of States to thirty six.

The thirty six State are the current States presently in existence along with the Federal Capital Territory, Abuja.

In the last National Conference organized during the past President Jonathan’ administration, the Conference recommended that 19 new states should be carved from the existing six geo-political zones in the country.

In addition to the current States, Nigeria will have a total number of Fifty five States in future if the Federal Government were to approve the recommendation made at the National Conference. 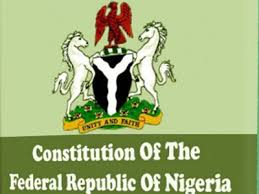 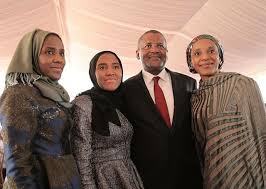