As the name implies, Cashless Policy means you can carry out financial transactions without the use of banknotes.

The Cashless Policy introduced the use of debit or credit card as well as electronic transfer in financial transactions.

In 2012, the CBN introduced the cashless policy programme as a pilot scheme in Lagos. The policy stipulated a ‘cash handling charge’ on daily cash withdrawals that exceed N500,000 for individuals and N3,000,000 for corporate bodies. This was under the leadership of the leadership of the Emir of Kano, Sanusi Lamido. The policy was effective in Lagos which led to the CBN extending it to six other states; Kano, Rivers, Anambra, Abia, Ogun and Abuja in 2013 and then in July 2014 it was rolled out nationwide.

In 2015, the Central Bank of Nigeria issued a notice to all banks that began collecting charges on withdrawals above the threshold in the remaining 30 states. The banks were directed to put a hold on these charges until a directive is given by the CBN.

According to the circular, the following decisions were made:

Implementation of the cashless policy comes with several benefits. For instance, people and companies can convert their paper money to bank deposit which means that more people use banking services thereby reducing the cost of these services.

Also, the cashless policy can help improve the effectiveness of the monetary policy in managing inflation and driving economic growth. As an efficient and modern payment system has been associated with economic development

Furthermore, the policy can curb criminality usually associated with travelling around with a lot of physical cash. In situations like fire and flood, you’re sure to keep your money safe because it doesn’t exist in physical cash.

The cashless policy is also a means of combating corruption, leakages and money laundering, among other cash-related fraudulent activities.

Overall, we’ve highlighted the prospects of the cashless policy below:

Additionally, electronic transactions are not immune to unpleasant events like extensive power outage, cyberattack and cascading bank failure which can stall the transaction process.

Overall, enforcement of the cashless policy will only succeed if the Federal Government bans cash transactions and defaulters should be penalized.

Unfortunately, the Central Bank of Nigeria after commencing the nationwide implementation of the cashless policy on the 1st of April 2017 had to suspend the process 3 weeks later in 30 states of the federation.

The announcement came with the reversal to the old charges. Also, the CBN mandated that customers who had been debited for withdrawing and making cash deposits above the limits allowed under the policy be refunded.

It would be recalled that the CBN in line with the announcement of new charges on deposits and withdrawals above a threshold of N500000 for individuals and N3m for corporate organisations. 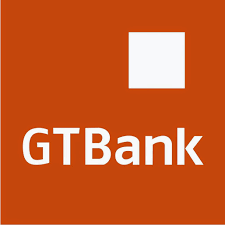