The Nigerian economy has gone through ups and downs. There had been very good days and there had been several histories of gloomy days. The economy had experienced its best in the past and it had also experienced the worst one can ever imagine.

There were very promising signs about Nigeria’s economy after the country gained independence from Britain.  As at then, Nigeria had 25% of all the population of Africa.

Nigeria was viewed then by many across the world as an emerging economy. It is however unfortunate that Nigerian never became the emerging economy many people thought it would turn out to be.

Despite the challenges facing Nigeria’s economy today, the country is still among the countries producing fossil fuel, which makes Nigeria a prominent country in determination of world economy.

Before the discovery of fossil fuel, Nigerian economy had its basis on tax generated from companies established by Europeans along the Nigerian coasts. These companies were established as trading posts by the Europeans, including the British.  This was during the period slave trade was flourishing.

Aside slave trade, agriculture equally contributed a great deal to Nigeria’s economy. Virtually all Nigerians were farmers long before the British came to conquer the land. Farming continued incessantly and soon, Nigeria started venturing into production of cash crops.

These cash crops were used locally, but most of them were exported aboard. This brought in more foreign exchange and shot Nigeria’s economy to the limelight.  Consequently, Nigeria was not just the country with the largest number of black people on earth; Nigeria was also giant of Africa in terms of economic growth.

Most of the economic activities going on in Nigeria before independence were concentrated in Lagos and the Niger delta areas.

At the discovery of oil between the 1970s and 1980s, Nigerian economy received even bigger boost. Dependence on agriculture shot Nigerian high among the comity of nations, but discovery and exportation of oil pushed the country even further to the limelight.

Nigeria became so blessed economically to the extent that one of the former military presidents declared that the problem of Nigeria was not money, but how to spend the money.

Discovery and exportation of oil made Nigeria to build a number of refineries. As time went on, Nigeria started forgetting about agriculture and were depending on oil alone.  The north was not producing groundnut anymore and the southwest was not producing cocoa anymore.

This was the exact foundation of the present day economic misfortune that is befalling Nigeria.

Fall in price of crude oil exposed the decay in the Nigerian economy. Dependence on oil has turned Nigeria to a mono-economic nation and the fall in crude oil price is causing dent in virtually every aspect of life in Nigeria. As at today, the Nigerian economy is nothing to write home about. 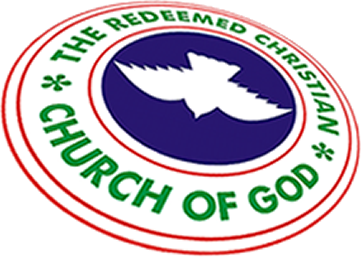