If you’re looking to start cocoa production in Nigeria in 2019, you’re certainly on the right page.

In this post, we have put together the necessary information you need to take to turn your cocoa farming idea into reality.

But first, let’s take a look at the history of cocoa farming in Nigeria as well as some of the benefits of cocoa.

Cocoa Production in Nigeria: How to Start in 2019

Cocoa is known by the scientific name, Theobroma cacao. Nigeria is the 4th highest producer of cocoa in Africa based on data from 2017.

The cocoa tree is a small (4–8 m tall) evergreen tree in the family Malvaceae. It is native to the deep tropical region of South America.

The height of the tree as well as the leaf area, branches and canopy spread depending to a great extent, on the available space when grown from seed. The tree reaches full development after ten years, and if it is well maintained, it can be profitable for up to 30 years.

The fruit of the cocoa tree is known as cacao pod and usually ripens to yellow or orange. This pod contains 20 to 60 seeds which are also known as beans and it is embedded in a white pulp. One of the major use of the seed is as an ingredient of chocolate while the pulp is used in many to prepare juice.

One of the major challenges with cocoa farming in Africa is the old and aging farmers hence the need for younger people to take up cocoa farming.

Taking a looking at the 1950s and ’60s, it will be recalled that cocoa was a major agricultural export crop and a top foreign exchange earner in the 1950s and 60s. The period was said to be the period of cocoa glory with the crop being the most important foreign exchange earner for Nigeria. Production peaked at an estimated 400,000 metric tons in 1970.

However, the discovery of crude oil in commercial quantities in the 1970s led to a gradual decline in the interest in coca production. The oil boom during this period led to the ‘dutch disease’ which was the result of the neglect of the agricultural economy.

Interestingly, cocoa still remains the leading agricultural export of the country and Nigeria is currently the world’s fourth largest producer of Cocoa, after Ivory Coast, Indonesia, and Ghana.

It will be recalled that the earliest cocoa farms in Nigeria were in Bonny and Calabar in the 1870s but the area proved not suitable for cultivation. Several years later in 1880, a cocoa farm was established in Lagos and Ogun state.

In Lagos, the Agege area was packed with cocoa farms. There were also cocoa farms in the Ota area of Ogun state.

After a while, cocoa farming began to grow across Western Nigeria with farmers in Ibadan and Egba land began experimenting with planting cocoa in uncultivated forests in 1890 and those in Ilesha started around 1896.

Eventually, the planting of cocoa spread to Okeigbo and Ondo Town both in Ondo State, Ife and Gbongan in Osun State and also in Ekiti land.

As of 1950, there were two main varieties of cocoa planted in Nigeria. There was the Amelonado cacao imported from the upper Amazon River Basin in Brazil and the other variety was the heterogeneous strain from Trinidad. The pods of the Amelonado pods are typically green but they turn yellow when ripe. On the other hand, the green pods of the Trinidad variety turn red when ripe.

Over the years, cocoa production flourished in Western Nigeria especially in the area that was not more than 20 degrees north or south of the equator. The trees respond well in these regions with high temperature and distributed rainfall.

Generally, the cocoa tree is grown from seedlings which are raised in nurseries, when the seedlings reach a height of 3 cm they are transplanted at a distance of 3 to 4 meters. The tree is cultivated by small scale farmers on farmlands of around 2 hectares while export is dominated by a few firms.

Currently, there is an estimated 650,000 hectares of land in Nigeria used for the production of 250,000 metric tonnes of cocoa per annum.

As expected, cocoa is widely cultivated in the southern belt of Nigeria owing to the soil and climatic condition prevailing in the area. These states include Abia, Adamawa, Akwa Ibom, Cross River, Delta, Edo, Ekiti, Kogi, Kwara, Ogun, Ondo, Osun, Oyo, and Taraba. In terms of capacity, Ondo State is rated as the largest cocoa producing state in Nigeria, with 77,000 tons per annum.

The benefits of cocoa production are numerous and some of these are highlighted below:

If you’re looking to start exporting cocoa, here are some things you should know.

However, you will need to choose early-maturing, high-yielding, disease-resistant beans to help double your farm production in two years. This variety of cocoa plants matures in about 18 months. The Cocoa Research Institute of Nigeria provides this variety.

If you choose to use the traditional cocoa seeds, it is expected that your crop will mature in four to five years. But if you plant the improved variety, it takes just one and a half years. Additionally, these new varieties produce 1.5 metric tons of cocoa per hectare (2.47 acres). This is unlike the traditional variety that yields a meager 0.5 ton.

When it comes to planting cocoa, ensuring maximal yield is not so difficult. All you need to do is follow the right steps and you will celebrate a bumper harvest, the marketing of cocoa is the best part because it is fast and easy. One of the reasons why cocoa production is lucrative is because the whole world depends on cocoa for its confectionary and beverage needs.

In fact, there are not enough cocoa farmers to meet the export demand. Interestingly, the few that are actively involved in cocoa production are multi-millionaires. Many of these cocoa dealers don’t even own a farm. Instead, they make their money by buying the cocoa beans from the farmers and selling to the confectionery and beverage companies. You can also join the train by choosing to market, distribute or export cocoa.

When starting your cocoa farm, here are certain factors to consider:

Setting up your cocoa farm on a large expanse of land is very important. In addition, the land must be located in a region with the appropriate climate conditions and rainfall supply to ensure optimal growth of your trees.

Additionally, as a farmer, it is important that you invest in good quality, disease-resistant, and high-yielding cocoa beans for planting.

Generally, cocoa trees are not suited to extensive sunlight expensive. In fact, the crop thrives best under the heavy rainforest canopy. This explains why cocoa farming is prominent in the Southern part of Nigeria and not the Northern part. So, if you’re looking to start your cocoa farm in Kano, Kaduna or Abuja, you need to have a rethink.

Most of the cocoa farm in Nigeria can be found in states like Ondo, Ogun, Rivers, Cross River, Osun, Oyo, Ekiti, and Imo. As a rule of thumb, you should be looking at the western, Eastern and Southern states of Nigeria to site your farmland.

You can also plant your cocoa trees under the shade of crops such as oil palm, rubber, banana, mango, orange and coconut trees to prevent the direct heat of the sun from affecting the tree. This is a way of reproducing the appropriate climatic conditions by reducing exposure to sunlight.

Generally, the cocoa trees require a consistent climate with a temperature between 21 to 32 degrees Celsius all year round and never lower than 15 C. The rainfall requirement is 100 to 250 cm of rainfall which should be adequately distributed throughout the year.

Apart from the climatic conditions, the cocoa tree also needs to grow under specific soil conditions. The best soil for cocoa is a deep, slightly acidic, moist soil and it should contain coarse particles with a depth of around 1.5 metres to allow for the development of a good root system.

The soil for cocoa farming should be well drained because while cocoa can withstand waterlogging for a short period of time, it will have a detrimental effect in the medium and long term. You can opt for a well-drained soil but ensure that the soil has excellent water retention as the cocoa tree is also sensitive to a lack of water/drought. Additionally, the soil should have a high organic matter content, and the nitrogen/phosphorous ratio should be at 1.5.

In addition to the right planting conditions, cocoa production also requires a storage and drying space. If you want to work as a cocoa farmer or an agent, it will be best to have warehouses where you can keep the harvest. This storage spaces must have adequate space to spread your seeds. And there should be enough exposure to sunlight because the seeds need to be properly dried and the drying period usually takes two weeks.

You should also have the necessary equipment in places such as scales for weighing, heavy duty and a normal-sized sack, and waterproof material for drying the seeds in the open air.

Overall, the process of cocoa production is summarized in the following steps

Typically, cocoa is grown in areas with a range of rainfall from 1000-3000 mm or more per annum. If your farmland is irrigated and there is little or no occurrence of dry winds, you can grow your cocoa tree without rain.

Generally, cocoa plants respond well to a relatively high temperature with a maximum annual average of 30-320C and a minimum average of 18 -21oC.

The plant does well on a deep, well-drained, and well-aerated soil with pH of between 5 and 8. There is also the need for a high organic matter content in the topsoil which is necessary for good growth and productivity.

Initially, cocoa seedlings are grown in the nursery and transplanted to the field when it is about 4 – 5 months and the transplanting is done when the rains are steady. The process involves putting the seedlings at a spacing of 3m x 3m giving a plant density of 1,111 plants/ hectare.

There are three distinct groups within the species. These are the Criollo, Forastero Amazonian, and Trinitario.

It is expected that you carry out routine maintenance such as weeding, mulching, pruning, replacement of dead seedlings and regeneration of old cocoa plant are some of the production practices it requires for maximum productivity.

The major disease of cocoa is the black pod disease which is said to be one of the most devastating diseases of cocoa in West Africa, especially in Nigeria. The disease is caused by a fungus Phytophthora megakarya

There are also diseases that affect the shoot of cocoa and these include Cherelle wilt and Charcoal rot.

Cocoa is also affected by pests which affect the trees, the leaves, and the pods, these include the Cacao mirids, Mealybug, Cocoa pod borer, and Frosty pod rot

During the period of harvest, typically it takes cocoa pods from 150 – 180 days, depending on variety, from pollination to pod ripening.  This process involves using a sharp cutlass for plucking pods within reach. You can also use a harvesting knife with a short handle to harvest pods that are well above the ground or a harvesting knife attached to a long pole for pods on the upper part of cacao.

Taking the right steps during cultivation will lead to a great harvest. However, some of the factors that may affect your harvest include disease incidence, pest attack and use of simple farm tools.

After harvesting, the pods are opened by knocking against a blunt object to avoid damage to the beans. These are set out for fermentation and drying.

The process of fermentation reduces the water content of the beans from approximately 60% to 6 – 7%. This prevents enzymatic reactions and ensures the product can be stored safely, free from pest and diseases.

Some of the challenges associated with cocoa production in Nigeria include the following: 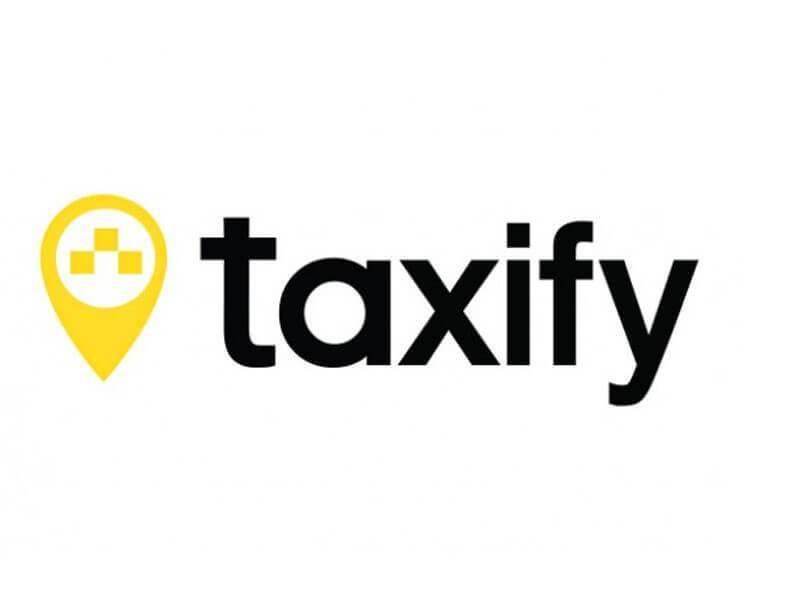 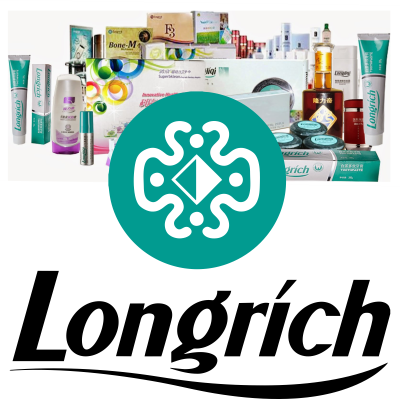