You are here: Home / Business / Agriculture / Mixed Farming in Nigeria: All You Need to Know
Share
Tweet
0 Shares

In the Northern part of Nigeria, mixed farming is quite popular among cattle rearers. It is quite common to see these farmers supplementing their livestock farming with crop cultivation.

Fish farming can also be combined with the cultivation of certain vegetables like water lettuce. Other farm practices that can be combined in a mixed farming system include poultry farming, bee keeping, dairy farmng, livestock farming, shrimp farming, goat rearing, piggery and agro forestry. 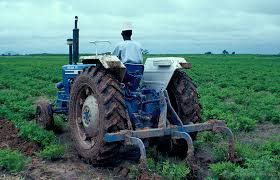 In mixed farming, as long as there’s available land space, two or more practices can be combined. Generally, mixed farming enables the farmer to generate multiple profits and in cases where one of the systems produce poor yield, the farmer can always make up for it with the others.

The combination of livestock farming with crop farming is very popular globally with over 2.5 billion hectares of land being employed in this system of farming. In fact, 92% of the world’s milk supply is produced from livestock that are used in mixed farming.

Generally, this particular combination of ventures tend support each other and add to the farmer’s profitability. There are many advantages of mixed farming, some of which are listed below:

Apart from the advantages of mixed farming, there are also a few disadvantages.

Also, there are a couple of methods that can be used to successfully execute a mixed farming system. These include

In this system of farming, fodder crops are grown along with other crops like guinea corn. This fodder serves as food for the livestock. On the other hand, crops like grains, beans, vegetables and fruits can be grown and harvested.

The World Forestry Centre defines agroforestry system as the collective name for the land use systems and practices in which woody perennial plants are deliberately integrated with crops (and some times animals) on the same land management unit. The integration can be either in a spatial mixture or in a temporal sequence.

Agroforestry increases the overall yield of the land. Crops can be cultivated as well as animals reared in this system. This can be done simultaneously or sequentially. However, these management practices must be compatible with the cultural patterns of the local populace. This is essential to sustainably execute this system of farming.

Agroforestry also involves the intentional retention and introduction of trees in crops and animal production. This interaction portends both ecological and economical benefits. Examples of trees that can be used for this purpose include pawpaw and banana trees. The reasons why these trees can be used include: their fast growing cycle; their small canopy area; as well as their products which are of commercially viable.

Also, these trees provide shades but are not large enough to prevent the exposure of the crops being cultivated to adequate sunlight.

Over the years, scientists have been actively doing research in the area of agroforestry and many of their findings have confirmed that agroforestry offers a biologically productive, ecologically sustainable and commercially profitable system of farming.

When compared to any other farming practice, these advantages are miles ahead of these other crop practices.

The Future of Mixed Farming in Nigeria

A lot of the Northern farmers involved in livestock farming are nomadic in nature however; there has been massive depletion in the availability of the grazing land over the years. Obviously, this is a clear indication that other strategies need to be employed in feeding these livestock.

This is where mixed farming is needed. Instead of these herdmens moving up and down in search of pasture, they can easily set up a piece of farm land, where both fodder and crops of commercial benefits can be cultivated.

However, one challenge with integrating crop farming with livestock rearing is the outbreak of diseases. The presence of effective surveillance systems and disease control measures is tantamount to the sustenance of mixed farming in this case.

Finally, the recent controversies surrounding the sustained attacks by Fulani herdsmen on indigenes in certain parts of the country can be put to bed through the implementation of robust mixed farming policies. This will ensure that these nomadic herdsmen are able to settle and rear their cattles within a defined agricultural terrain. This will prevent the clashes and other forms of mayhem that have become quite common in recent times.