Raw Materials in Nigeria & Where They Are Found

Significant deposits of coal are found in:

Coal is used in the household as charcoal, in the power generating industry as energy fuel, and raw material for the metallurgical and chemical industry.

Clay is used as the main material in the production of brick, cement, ceramics, and pottery. In addition to this, it is used in the cosmetic industry for various face and body masks. Clay is found in almost every part of Nigeria. It is found in larger quantities in the following states:

This material can be found in Edo state, Ogun state, and Ondo state. Bitumen is very useful in the paint and cable industry, areas of engineering and material construction such as bitumen driveways gold coast, manufacturing of roof materials, construction of roads where it is used as waterproof, buildings and structures, laying pipelines and the production of asphalt and concrete used at buildings by

Bismuth can be found in Kaduna state. In Nigeria, it is used to fix workpieces materials such as uranium, tungsten and their alloys which are usually difficult to be processed by metal cutting machines.

Bentonite is found in Borno and Edo states. It is used in the food industry for food preservation. It is also used in the processing of oil products in various industries. Bentonite and Barite are also used as primary substitutes of mud which is used for oil wells drilling. Bentonite can be found in the following states: Borno, Plateau, and Adamawa with a record of about 700 million tons of bentonite in Nigeria.

Barite can be found in Bauchi and Taraba state with a record of about 7.5 million tons of barite.

Aggregates include Silica sand, gravel, and crushed stones. They can be used in their natural form or can be processed. Aggregates are used in the area of building and construction. Silica sand deposits are found in Delta, Jigawa, Lagos, Ondo, and Yobe states. Glass sand can be found in Ogun state.

Diatomite can be found in Yobe state. As for its sphere of application, it is usually more useful in the food industry. It is used as a means of filtration of drinks in the food industry and also acts as a filter for various chemicals and paints. Straw hay bales.

Feldspar is found in the following states: Abuja, Kaduna, Kano, Kebbi, Kogi, Ogun, Zamfara. It is mostly used in the ceramics and glass industry. However, it could also be used in the gold industry as a means of producing fake gems.

Deposits of Cassaterite can be found in Bauchi, Cross-River, Kano, Kwara, Nassarawa, and Plateau which goes to the national Plate Metal Supply distributors. Cassaterite is a raw material for the production of tin ore.

States in Nigeria where lead can be found include Enugu, Abuja, Cross Rivers, Cano, and others. It is estimated that there are 10 million tons of lead/zinc in Nigeria. The east-central part of Nigeria is the richest in lead/zinc with about 5 million tons of Zinc found here.

Many people is looking for a plasma cutter for sale to start their own business since it can not only cut zinc also steel, stainless steel, aluminum, brass and copper.

It is reported that 3 billion tons of iron ore is available in the country which are collected along other materials for commercial reasons. to get any material for your manufacturing process check out this Titanium Supply. Great supplies of  Iron ore are found in such states as Enugu, Abuja, Niger, and Kogi.

A gemstone is a piece of mineral crystal which, when cut or polished is used to make jewelry or other adornments.. The kinds of gemstones that can be found are ruby, emerald, sapphire. States, where they can be found, include Bauchi, Plateau, and Kaduna.

Gypsum is the material used to produce chalk, cement, and POP (plaster of Paris) which are in turn used for building. Currently, it is reported that there are about 1 billion of the gypsum supplies in Nigeria. States in Nigeria where gypsum is produced are Edo, Delta, Gombe, and Kogi, and some others.

Talc is used in many industries especially in products such as paper making, plastic, paint and coatings, rubber, food, electric cable, pharmaceuticals, cosmetics, and ceramics. Soapstone or Steatite, a type of talc-rock is also used for stoves, sinks, electrical switchboards that may be used for commercial electrical needs or even Electrical Tool Measurement Repair, etc. Talc can be found in the following states like Kogi, Oyo, Osun, and Niger, and some others. It is reported that there are about 4 billion tons of talc in Nigeria.

Rubber can be either soft and stretchy or hard. It is used to make Rubber parts such as pencil erasers, birthday balloons, and condoms to protective gloves, adhesives (such as sticky white PVA), and paints. Rubber is commercially grown in Ondo, Edo, Ogun, Delta (Sapele) and Cross River state.

Timber is used in the production of boxes, furniture, matches, and crates. It can be found in the Edo, Ogun, Delta. 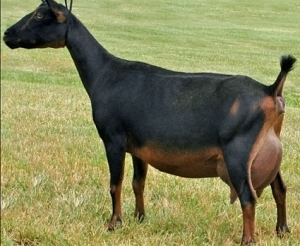 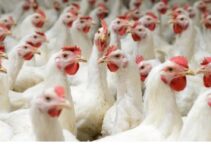