You must have heard the popular expression – an apple a day keeps the doctor away. That statement may seem quite audacious, but even if apples don’t necessarily act as foolproof when it comes to preventing diseases, they are still extremely beneficial.

Some of these benefits have been highlighted below.

Generally, apples are useful in the production of consumer and pharmaceutical products. Some of these products include jellies, pickles, apple cider vinegar and red wine.

Over 70 million tonnes of apples are grown worldwide. China is responsible for producing at least half of this quantity every year followed by the United States.

In Nigeria, the majority of apples consumed are imported from countries like South Africa and the United States of America. The statistics show that at least 50, 000 tonnes of these apples are imported into the country annually.

Each year the consumption of apples is on the rise and there’s the need to find ways to begin to grow apples in the country in order to meet this growing demand.

The type of apple that can be grown in large quantities in a place like Nigeria is the Bell apple. The Bell apple is as nutritious and beneficial as the imported variety although it tastes quite different. It has a mixture of a sweet and sour taste and the intensity of the sweetness or sourness depends on how ripe it is.

This article will take you through the process of planting and harvesting the Bell Apple as well as the temperate variety.

The planting season of the Bell apple is between September and April. You can plant 160 seedlings per acre at a spacing of 5m by 5m. The seeds are pressed into the soil but barely covered with soil. This is because the seeds need light to germinate. Also, the seeds should be spaced at least 1 inch apart. Additionally, the soil should be watered after planting. Usually, it takes about 3 weeks for the seed to germinate.

You can begin to sell the seedling 10 weeks after planting. Currently, there’s a great demand for the Bell apple seedlings because there are only a few farmers involved in planting this apple. However, the apple can be cultivated in at least 34 of the 36 states in the country with the exceptions being the core northern states of Borno and Sokoto.

Bell apples require adequate humidity and rainfall to thrive. It can tolerate different soil types from sandy to clay. It can also thrive in moderately acidic soil.

Usually, the tree takes 3 years before they begin producing fruits. Each harvest yields at least 1000 fruits and there are a minimum of 2 harvests in a year.

The most popular apples consumed in Nigeria are those produced in the temperate or Mediterranean regions. They can not be grown in Nigeria because they require cold conditions for optimal growth and fruit production. Ideally, the plant should be exposed to cold temperature below 70C for at least 6 weeks (1000 hours) during the planting season. However, the apples have been grown in the past in the plateau regions of Nigeria like the Jos, Mambila and Obudu plateau.

These apples can grow in most soils however; the ideal soil should be well drained; properly aerated, loamy type; rich in organic matter and with a ph of 5.5 to 6.5

They are planted in January/February and require rainfall of 115-120cm of per year. During flooding, the excess water should be drained out quickly to prevent waterlogging. However, in this case of heavy rain, there’s no need for irrigation. The frequency of irrigation increases to four times a month during the summer and reduces to once a month during winter.

Additionally, training and pruning of the apple tree is very essential because this ensures optimal plant growth and increased productivity.

Generally, apple orchard starts bearing from the 7th or 8th year. The economic life of this apple tree is about 35 years, although some continue to bear even after 35 years.

There’s a growing interest in Bell apple farming and, it is possible to generate a 100% return on your investment within 6 months and 3 years depending on what aspects you are focused on. You can make a 100% profit by selling the seedlings within 6 months of planting. Or you could wait a little longer when the fruits are ready and you can also make great returns on your investment.

However, one major challenge with these apples is the attack of bats during the fruiting period. Another challenge happens during storage. The apples are quite perishable and tend to rot within 3 days. However, it could last a couple of weeks if refrigerated.

Also, you can try to cultivate the temperate apple at a pilot scale if you live in any of the cold regions of the country particularly the plateau area of Jos, Mambila and Obudu. 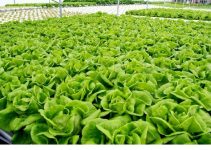 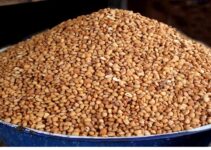 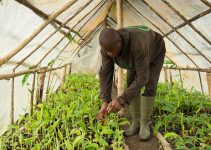