Airtel has offices in the Nigerian Federal Capital Territory, Abuja. These are:

Airtel is a multinational telecommunication service company that offers internet connections. In Africa, Airtel is a leading provider of telecommunications and mobile money services. Airtel is present in 14 African countries and primarily in East Africa and Central and West Africa.

Airtel Africa offers marks itself out by offering an integrated suite of telecommunications solutions to its subscribers. These include mobile voice, data services, mobile money services both nationally and internationally. The Airtel Group aims at providing a simple and intuitive customer experience through streamlined customer journeys.

Nigeria is Airtel’s most profitable market. This is due to its cheap data plans in the country. As at March 2019, Airtel had over 99 million subscribers in Africa.

Past Negotiations and Deals of Airtel

In May 2008, Airtel began exploring the possibility of buying the MTN Group. MTN is a South African-based telecommunications company that has its operations in 21 African countries and in the Middle East.  It was reported by The Financial Times that Bharti (Airtel) was considering offering US$45 billion for a 100% stake in MTN. This was going to be the largest overseas acquisition ever by an Indian firm. However, the talks later fell apart as MTN Group tried to reverse the negotiations by making Bharti almost a subsidiary of the new company. The Economist magazine had noted that the situation would seem more like Bharti marrying up because as MTN had more subscribers, higher revenues and broader geographic coverage

Again, in May 2009, Airtel confirmed that it had resumed its talks with MTN so as to make for a form of a significant partnership between the two groups. They both decided to discuss the possibility of the transaction exclusively by 31 July 2009. This exclusivity period was extended twice up to 30 September 2009. Again, the talks eventually ended without agreement.

A solution to the issue was proposed whereby the new company would be listed on 2 stock exchanges, one in South Africa and the other in India. However, the dual-listing of companies is not allowed in Indian law.

In Jun 2010, Bharti struck a deal to buy Zain’s mobile operations which were in 15 African countries for $8.97 billion.

This acquisition was completed on 8 June 2010 and made Airtel the world’s fifth-largest wireless carrier by subscriber base.

It was reported by Airtel that its revenues for the fourth quarter of the year 2010 grew by 53% which was $3.2 billion compared to the previous year. The new acquisition contributed $911 million to the total.

On 18 November 2010, Airtel undertook a global rebranding strategy and the first phase started in India. The company unveiled a new logo where ‘airtel’ was written in lower case. It was designed by a London-based brand agency called The Brand Union. The new logo had the letter ‘a’ in lowercase and ‘airtel’ written in lowercase under the logo. Airtel Africa’s operations were also rebranded to ‘airtel’ on 23 November 2010.

History of Airtel’s Change of name

Since the time of Econet, the telecommunication company has changed the name, identity, and management a number of times. Although the telco has stabilized in the identity and management area, here is a chronological recap and history:

It started with Econet Wireless Nigeria

In 2001, Econet Nigeria was one of the three companies that won the GSM license auction in 2001.  MTN Nigeria and MTEL were the other two companies. It was reported that due to political issues, Econet NG eventually lost its management contract.

Vodacom came into the picture in 2004. It took over the management of the company but even this only lasted a couple of months.

V mobile was next. It was a fast change in the company’s history and seemed funny to many when management changed hands in a few months. We are not sure what exactly went on behind the scenes, but eventually, Vodacom pulled out of Nigeria. Then Vee Networks, otherwise known as V mobile found themselves at the helm of affairs. The company thereby changed Vmobile. In addition to this was a rebranding campaign. This was only until 2004.

Let’s not forget about Celtel. Celtel came into the picture sometime in May 2006. Vmobile Nigeria was later acquired by Celtel, another telecommunications company. The acquisition was for about a billion dollars. The new owners had a controlling stake of 65% in the company. There was also a corresponding rebranding campaign.

In 2008, another change occurred. Zain Group, another telecommunications company, completed its acquisition of all Celtel International’s shares which were worth over $3 billion. The entire African operations of the telecom, Celtel was rebranded to Zain. This marked the end of the Celtel brand.

In November 2010, Zain clipped its wings and changed to Airtel Nigeria. The acquisition by Bharti Airtel was worth a sum of $10.7 billion.

That is the story so far. Airtel now seems to have found stable ground in its managerial and identity position and is growing to be one of the largest telecommunications companies in Nigeria. 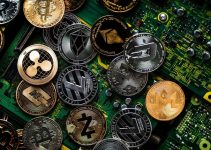 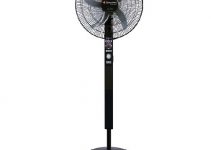