Home
Technology
What Are Altcoins? How Do They Function? Here Are Things To Know
Share
Tweet
0 Shares

Altcoins are cryptocurrencies that use the “blockchain” technology, enabling secure peer-to-peer transactions. They build on the success of Bitcoin by tweaking the regulations to appeal to a broader range of users, and they may require less energy. As per the cryptocurrency reports of November 2021, a total of 7,000 different altcoins were found.

Most Altcoins are based on Bitcoin, and their core functionalities are similar. Some of the most well-known Altcoins are Ethereum, Tether, Bitcoin Cash, Ripple, Bitcoin SV, and so on.

Certain Altcoins, for example, can be categorized as “Utility Tokens” or “Security Tokens” and provide more than just trading the coin for something of value. Altcoins come in a variety of size and shapes and these cryptocurrencies can be classified in different ways. Also, some items may fall under more than one categories of coins mentioned. Because the concept of cryptocurrency is new in the market, the classifications are constantly changing.

Next comes Stablecoins into the list; these are the types of cryptocurrencies that are know as less volatile assets. Stablecoins, since the beginning, are termed as fiat currencies, a good example is the US dollar.

Tether is credited as being the first Stablecoins. It’s also a popular altcoin for expert crypto traders to use when trading crypto on an exchange because it allows them to save money on fees by avoiding the need to swap US dollars for each transaction.

Memecoins, named after social media jokes and puns, are popular altcoins whose value is derived primarily from community buy-in. Memecoins, like NFTs, are said to provide value in the form of an online community, according to crypto experts. Memecoins, like NFTs, have a volatile value, having a far shorter track record than larger cryptos like Bitcoin or Ethereum.

With all of this added capability, users will need the means to pay for transactions, such as fees for publishing art, minting tokens, trading services, and gaining access to select areas of a blockchain network. Enter utility tokens, a type of altcoin explicitly created for this purpose. When it comes to paying for pay for fiat currencies, digital art, and related services, Etherium is likely known as the most adaptable utility token.

Will Altcoins Ever Surpass Bitcoin?

Bitcoin was the only cryptocurrency game in town when it first came out. Naturally, it had a one-hundred percent market share, although a modest one at the moment. Even while Bitcoin’s total market cap was still growing, additional altcoins debuted or held initial coin offerings. The total crypto market cap grew, and Bitcoin’s stake in the market dwindled. Bitcoin currently accounts for less than half of the entire market capitalization of all crypto coins. Even if Bitcoin’s price climbs, it’s realistic to believe that its market share will continue to decline as more coins join the thousands already in circulation.

Ethereum is now the closest competitor to Bitcoin in www.chesworkshop.org/immediate-edge/. However, it has less than half of Bitcoin’s market capitalization. Other high-flyers have significantly less. Solana, for example, has 5% of Bitcoin’s market cap, which means it has plenty of room to grow in value, according to Solana bulls.

How Different Do Altcoins Function Than Bitcoins?

It is mostly found that altcoins function almost similar to the Bitcoins. This gives a clear indication that with altcoins, you get the option to send money from your digital wallet to others’ accounts just by using a private key. The transactions are permanently and openly recorded on a blockchain or recording ledger, so they can’t be changed or rejected after the fact. Mathematical proofs that confirm transactions in blocks secure the blockchain. Like some cryptocurrencies, such as Bitcoin, it relies on “proof-of-work,” a time-consuming and energy-inefficient method of verifying transactions.

Consider a future in which users swap altcoins for services such as paying service fees or storing files as With the evolution of blockchain technology, the use of altcoins is showing up more into the picture.  The digital wallets have no doubt become ubiquitous; similarly, expect crypto technology will continue to shape how we transfer, receive, and use money — but don’t get caught up in the excitement if you’re more interested in long-term investing. 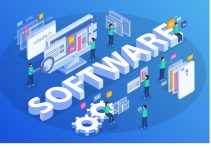