These power plants are highly classified and they are owned by two organizations. The first organization having ownership of power plants can either be the Federal Government of Nigeria or the Niger Delta Power Holding Company.

The federal government of Nigeria has plans in place to get these power plants under its ownership privatized. The government believes that privatization will make the power plants run more efficiently.

Individuals are also permitted by the government to build and operate power plants.  This way, it will be easier to attain the desired improvement in power generation. The power stations to be owned and operated by States, private bodies and individuals are classified under Independent Power Producer (IPP).

The total nameplate or installed power capacity in Nigeria as of December 22013 was 6,953 MW.  However, only 4,598 MW of the lot was available for distribution.  The actual average generation was 3,800 MW.

In December 2014, on the other hand, the total installed capacity for power generation increased to 7,445 MW. However, capacity available for distribution was 4,949 MW.  The actual average generation was however not up to 3,900 MW.

The president set up a special body to oversee power generation and the name of the body was the Presidential Task Force on Power. The body had a focus to have generated up to 12,800 MW by April 2015.

The natural gas power plants in Nigeria are up to 23 already. Also, there are plans underway to add one more, which is to be built in Benin City. Name of the proposed natural gas power plant is Azura Thermal Power Station. It is proposed to be a Simple cycle gas turbine. Its capacity is 450 MW. The power station is still in development, and there is no specific date attached yet. 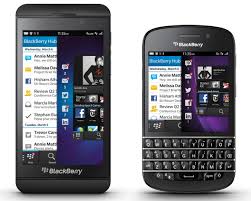