This article contains the list of 10 newest private universities in Nigeria; the years of their establishment, location and other information you need to know.

Both campuses of Admiralty University are well developed and prepared for academic activities. The campus at Ibusa Campus houses the following faculties:

The campus at Sapele houses the following faculties:

The church applied for the establishment of the Spiritan University to be located in Abia State. This was in a bid to increase access to University education for the increasing population of youth in the country. On the 6th of December, 2017, the Federal Executive Council (FEC) on the recommendation of the National Universities Commission (NUC) finally approved and licensed Spiritan University, Nneochi.

PAMO University of Medical Sciences was founded in 2017 as a private higher education institution. The acronym (PAMO) stands for Peter and Mary Odili, the founders of the school. PAMO University of Medical Sciences is the first private Nigerian medical school and is located in the city of Port-Harcourt. The idea for the establishment of the PAMO University of Medical Sciences was birthed by its founder – Dr. Peter Otunuya Odili CON, a former Executive Governor of Rivers State. Dr. Peter Otunuya Odili is also the founder and chairman of the PAMO Clinics and Hospitals Group which has been in operation for nearly 40 years providing high-class medical care and services to residents and visitors of Port Harcourt and Rivers State. The university is starting with the faculty of basic medical sciences under which the following programs are offered: Anatomy, Biochemistry, Human nutrition and dietetics, Pharmacology and Physiology. The faculty of clinical sciences offers Bachelor of Medicine and Surgery (MBBS)

Atiba University was formally registered by the National Universities Commission (NUC) Abuja on the 6th of December, 2017. The school was offered its provisional license to operate as a private university on the 19th December. Atiba University is to be under the academic and administrative mentoring of Obafemi Awolowo University for a period of five years (probation). Obafemi Awolowo University is to provide expert advice in the academic and administrative aspect of running the school.

This is a specialized, privately owned, medical co-educational institution. The university offers courses in the following courses: Medicine and Surgery, Nursing Science, Dentistry and Dental Surgery including dental implants, and other medical-related courses as well as Information and Communication Technology.

The founders of Greenfield University have a long history of delivering quality education at the nursery, primary and secondary schools in Kaduna state. They then thought of using their capability to establish and run a university of their own. Greenfield was permitted to begin the establishment of the university in December 2013. The university was eventually issued its license on the 5th of February, 2019.

The founder of the Dominion University in Ibadan is the presiding bishop of Victory International Church, Bishop Taiwo Adelakun. The university was granted its license by the National Universities Commission in 2019.

The antecedent to founding the Trinity University was in 1995 when Trinity International College was established in Ogun state. Having been found successful in the educational sector at the secondary school level, the founders of Trinity College thought to establish the Trinity University. The university has a City Campus near Queens College at Yaba, Lagos state where students are expected to resume in April 2019 as well as a Main Campus at Ogun State which is expected to host other faculties in course of time. 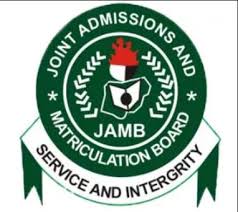 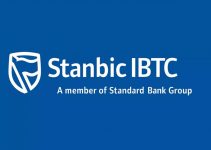 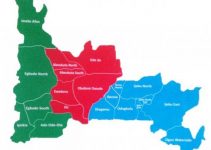 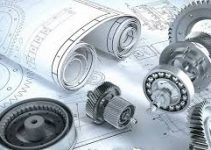