Flying in Nigeria means different things to different people. For some, it is an unending cycle of delays, cancellations or lost luggages. Yet for other, it’s simply a delightful experience that is often anticipated.

Well, the truth is flight travel experience is hugely dependent on the airline or flight service being used. Often times, scheduled flights in Nigeria are synonymous with issues like delays and flight cancellation. However, chartered flight seems to provide a better experience, so consider looking for a Sightseeing helicopter charter for a great time.

In this post, we’ll be taking a look at all the airlines in Nigeria and the type of flight service they offer.

If you fly often, you certainly must have flown Arik Air, a few times. This airline is one of the foremost operators in the country.

Their head office is located at the Arik Air Aviation Centre, at the Murtala Muhammed International Airport in Ikeja.

The early years of Arik Air can be traced to the now defunct Nigeria Airways. At that time, the airline was given access to use the facilities of the Nigeria Airways which had just been liquidated some years earlier.

Arik Air eventually began scheduled passenger flights in October 2006 when it operated passenger flights to Lagos and Abuja. The airline was also granted authorization by the Federal Government to fly to international destinations like Trinidad and Tobago, Amsterdam, London and Madrid.

Arik Air is owned by Joseph Arumemi-Ikhide under the Ojemai Investments and the airline is known to currently own the largest fleet in West Africa. However, in recent times the company has struggled.

This can be traced to 2007, when the management of the airline was taken over by the Asset Management Company of Nigeria (AMCON). This was due to the debts the company owed the Federal Government and the non-performing loans with certain commercial banks in Nigeria.

The origin of this airline can be traced to Schreiner Airways B.V of the Netherlands. Schreiner investments established Aero Contractors in 1959 and the airline was officially registered in 1960.

Aero Contractors was set up to provide the following services:

In 2010, the Ibru family became the sole owner of Aero Contractors when they bought the interest of CHC Helicopter (CHC). However, in recent years, Aero Contractors have faced financial challenges and this has led to some changes in the company.

Currently, the management of Aero Contractors has been taken over by AMCON. This happened after this government parastatal had to financially intervene by buying 60% of its shares.

In recent times, there have been speculations that Aero Contractors might just be the precursor airline for the country’s new national carrier but this rumour has been dispelled by the Federal Government.

Owned by the Dana Group, Dana Airlines Limited officially commenced flight operations in 2008 and has grown rapidly over the last decade to become a popular choice among the flying public.

The company operates from its base at the Muritala Muhammed International Airport in Ikeja, Lagos.

With a vision to become the most respected Nigerian based airline, Dana Air has been putting in place the right framework to ensure that it becomes the most reliable airline in the country.

Some time in 2012, the nation mourned the loss of 153 people when a Dana Aircraft crashed into a two-storey building at the Iju Railway, Ishaga.

This led to all Dana flights being halted by the Nigeria’s Civil Aviation Authority (NCAA) until further notice.

Established in 2002, IRS Airlines is one of the major airlines in the country. This airline operates from the Nnamdi Azikiwe International Airport in Abuja.

Some time in 2014, an IRS Airlines Fokker 100 crashed some where in Ganla, Niger on its way back from a post maintenance check-up. Two pilots survived with injuries.

Based in Kaduna, Nigeria, Dornier Aviation Nigeria was established in 1979 and currently has 207 employees on its payroll.

The company is known by its customers for its professional service, product knowledge and excellent customer service

This aviation company runs its aircraft on a charter basis as a result it has no scheduled services. Also, the company is involved in agricultural flying, aerial photography as well as emergency medical evacuation services.

The base of Dornier Aviation is at the General Aviation Service Centre, Old Kaduna Airport.

Associated Aviation was initially established in 1996 but the directives by the Federal Government led to its recapitalization and re-registration in 2007.

Afterwards, the re-establishment was shortlived as the company was sold in 2008 to a group of investors.

The main base of this airline is at the Murtala Mohammed International Airport in Lagos.

Med View Airline is particularly known for their commitment in airlifting Muslim pilgrims during the Hajj.

This unique service started as far back as 2007 when the airline had just been established. During this period, Med View garnered accolades from Muslim faithfuls for their prompt service in airlifting passengers earlier than expected during the Hajj in 2007 and 2008.

This professionalism and excellent service provided by Med View during the Hajj period was the necessary template for stabilizing the company and charting a new path of growth for the company.

Additionally, Med View took their Hajj commitment a step further when they were involved in flight operations during the lesser Hajj in 2009.

Overall, the services offered by Med-View Airlines include:

If you’re looking for safety, timeliness and excellent flight service, one airline that should be top on your mind is First Nation Airways.

The history of First Nation Airways can be traced to 2011 when the former CEO of the defunct Bellview Airlines, Kayode Odukoya founded this airline. He received three leased Airbus A320-200 from Aviation Capital Group and subsequently launched the airline.

First Nation struggled during the first few months which led to the airline being temporarily shut down in October 2011. However, the company resumed flight services in October 2013.

Currently, First Nation Airways operates with the Modern Airbus A319 fleet which takes passengers on scheduled flights to destinations across the country. The airline provides business and comfort class for their passengers and their planes are well known for their spacious leg room unlike other aircraft.

The vision of First Nation is to become the safest, most reliable airline in Africa.

Reputed to be one of the fastest growing privately held airlines in the country, Azman Air was founded in 2010 and operates both local and international flights.

This airline is known for their world class aviation services, good customer relationship as well as their operational competence.

Azman Air is known to adhere to globally accredited safety standards and have consistently reviewed their products and services in order to offer better services to their passengers.

In recent times, Azman Air has focused on domestic flights and these include the following routes:

Azman Air flight service is specifically tailored to meet the needs of regions in the country that are currently under served or poorly served without neglecting customer’s comfort and safety.

On the long term, Azman Air has a goal of becoming a major player in not just the domestic aviation market but the regional and global market as well.

Azman Air also aims to serve not only a prominent airline but a bridge that binds people and communities together in way that empowers them and creates viable opportunities.

Kabo Air is based in Kano State where it operates from the Mallam Aminu Kano International Airport.

The airline was established in 1980 by Alhaji Muhammadu Adamu Dankabo and is currently owned by Kabo Holdings.

Kabo Air began operations in 1981 and initially operated as a special charter service for companies, executives and government officials.

However, the company added a new service to its offering in 2001. At this time, the airline began its flight operation which was tailored to meet the needs of pilgrims during the Hajj period. Additionally, Kabo Air was involved in international charters.

In 2007, Kabo Air was recapitalized as a response to the directives of the Nigerian Civil Aviation Authority. However in 2017, the offices of Kabo were sealed by the Federal Inland Revenue Service due to the airline’s inability to pay its tax liabilities which was estimated at N149 million.

Currently, Kabo Air doesn’t operate any scheduled flight services and the airline is only involved in charter operations.

Air Peace is currently reputed to be one of the best airlines in the country. the airline was given the 2016/2017 Nigeria Air Traffic Controller Award (NATCA) Award for the best domestic airline in the country.

Additionally, the Federal Government has designated this airline to operate flights to international destinations like Johannesburg, Atlanta, Dubai, Guangzhou-China, Mumbai, London and India. 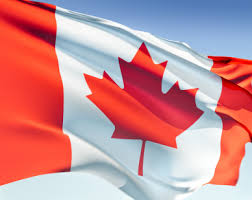 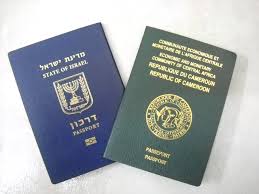