A global cybersecurity company called Kaspersky did research assessing the threat environment in a few countries in Africa and recorded over 28 million malware attacks and 102 million possibly unwanted apps were detected in the devices of many users in Kenya, South Africa, and Nigeria. On Tuesday, the Kaspersky released a statement indicating that the spread of PUAs and the cyberattacks happened during a period of seven months, from January 2020 to July 2020.

It was reported by the cybersecurity company, that not only are PUAs becoming more common, but they are also additionally stronger than the more potent than conventional malicious software. It was found by researchers that the attack of PUAs users happens four times more than it would for conventional malicious software. For instance, if over 16.8 million PUAs are discovered in Nigeria during a period of seven months, 3.8 million malware attacks were also identified to have happened more than four times in the country during the same time frame.

There were about 10 million detected malicious software attacks in South Africa and in the review period, 43 million PUAs were found. According to Kaspersky, the users of the internet in Kenya are confronted with more attacks, over 14 million malicious software, while the number of PUAs detected was 43 million. These types of cyberattacks were very common in Kenya as well but were mostly used by unlicensed and fraudulent financial companies. Because of this, many CMA approved brokers in Kenya were forced out of the country’s digital space as everybody was believed to be fraudulent who promoted something online. It is, however, dangerous for Nigeria as well because the potential damage these attacks can do to the local digital space is massive.

A security researcher at Kaspersky, Denis Parinov said that the popularity of the grey zone software is increasing because it is more difficult to identify at first and that if the software is identified, those who created it won’t be categorized as cybercriminals. One of the main issues with these programs is that users don’t always know when they give their consent to the program, even before its installation on the devices, and such software in some cases are used as or exploited as camouflage for malicious software downloads.

He further said that malware or adware can be installed on devices through two ma ways. Malicious software or advertisement software can get on a device by freeware. Freeware is that software that can be used for free, or shareware, which is software that is shared for the purpose of its trial. Users can get adware on their devices when they go to infected websites, leading to the download and installation of software that is not authorized. 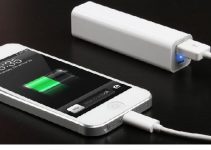 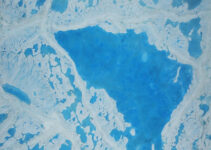