There are 36 states in Nigeria; however there are some states that are very well developed in terms of infrastructure while there are others that are lagging behind.

In this post, we take a look at the 10 most developed states in the country in terms of infrastructure.

With a population of over 20 million residents and serving as the economic center of the country, Lagos is clearly the most developed state in Nigeria.

Although it is the smallest state in the country, it remains the most economically important state with many of the major companies in Nigeria located within the city of Lagos.

In the Northern part of Nigeria, Kano is one of the most developed states in the region. The state is a hub of agriculture, where food crops are produced and exported. These crops include groundnuts, cotton, millet, chili pepper, and other popular products.

For many years, Kano has always been a commercial center and one of the biggest industrial centers in Nigeria after Lagos. The state is the largest in Northern Nigeria with industries ranging from textile, tanning, footwear, cosmetics, plastics, enamelware, pharmaceuticals to ceramics and furniture industries. Others include agricultural implements, soft drinks, food and beverages, dairy products, vegetable oil and animal feeds industries.

Anambra State is one of the major states in the South Eastern part of Nigeria. Anambra is often called the ‘light of Nigeria’ by locals because of its massive potential to outgrow the likes of Lagos and Abuja in the future. Apart from the local soils which are arable, the state is also home to agro-based industries such as farming, fisheries, pasturing, etc.

One of the major cities in Anambra is Onitsha which is a historic port city from pre-colonial times.

Anambra is also one of the oil producing states in the country. In 2006, a foundation-laying ceremony for the first Nigerian private refinery, Orient Petroleum Refinery (OPR), was made at Aguleri area. The Orient Petroleum Resource Ltd, (OPRL) owners of OPR, was licensed in June 2002, by the Federal Government to construct a private refinery with a capacity of 55,000 barrels per day.

Abia is a state in the south eastern part of Nigeria and it is one of the most developed states in the country. The capital of Abia is Umuahia and the major commercial city is Aba, which was formerly a British colonial government outpost in the region.

Aba which is the commercial center is well developed. The center is rich in gas and crude oil and the local production of these popular products contributes nearly 40 percent to the state’s gross domestic product. Most residents are involved in agriculture, but some find jobs at the textile manufacturing and different plants that produce cement, soap, cosmetics, plastic, footwear, etc.

Rivers State is the sixth-most populous state in the country and one of the most developed in the country. Its capital and largest city, Port Harcourt, is economically significant as the centre of Nigeria’s oil industry.

Rivers State is bounded on the South by the Atlantic Ocean, to the North by Imo, Abia and Anambra States, to the East by Akwa Ibom State, and to the West by Bayelsa and Delta states.

Enugu is one of the major cities in southeastern Nigeria. The state was created in 1991 from part of the old Anambra State.

Enugu State is predominantly rural and agrarian, with a substantial proportion of its working population engaged in farming, although trading (18.8%) and services (12.9%) are also important.

The state boasts of a number of markets especially at each of the divisional headquarters, prominent of which is the Ogbete main market in the state capital, Enugu. There is also one of the largest grains market East of the Niger, the Orie Orba Market which plays host to most farmers from the North Central States of Benue, Kogi, Nassarawa and Plateau who use the market to dispose their produce for consumers in South-East and South-Southern Nigeria.

Akwa Ibom is also a well-developed state. The state boasts seaports, airport, and other infrastructure that attracts tourists, visitors from different corners of Nigeria and businesses.

Located next to Lagos State, Ogun State is an important industrial and manufacturing hub. Also, the state is known for its many job opportunities especially for specialists and young people looking for excellent places to start their career.

Oyo State is another major state in the country with well-developed infrastructure. The state is surrounded by Kwara, Osun, and Ogun States in addition to the Republic of Benin.

Also, Oyo state is home to the first Nigerian University, University of Ibadan which became fully autonomous from London soon after Nigeria’s independence. The state boasts of many high schools, several universities, many attractions for visitors from all over the country and from outside Nigeria, and opportunities for people who are interested in agriculture. The local climate is also great for agriculture with crops like maize, millet, rice, cocoa and plantains being grown in the state.

Kaduna State is well known in terms of its educational institutions. It  is also a major transportation hub with many roads and railroad. It is one of the most developed states in the country. 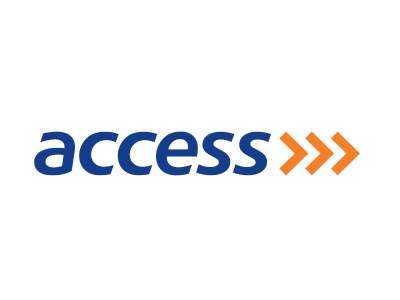 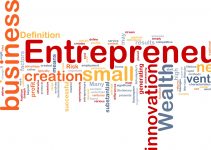