Nigeria is an emerging economic giant and the country is touted to become one of the major powerhouses alongside the likes of India, Mexico and Turkey within the next couple of decades.

Also, Nigeria is one of the founding members of the African Union and a member of international organizations like the United Nations, the Commonwealth of Nations and OPEC.

Currently, the Nigerian economy is the largest in Africa and 30th largest in the world based on nominal GDP. The country is Africa’s leading oil producer and produces about 3% of the world’s crude oil supply.

In terms of Agriculture, Nigeria is ranked 6th worldwide and number one in Africa based on farm output. The major agricultural products in Nigeria include cassava, corn, cocoa, millet, palm oil, peanuts, rice, rubber, sorghum, and yams.

Other important industries in the country include banking, real estate, consumer goods, healthcare, ICT and many more. At CWR Resources you will get the best machinery for your industry.

Overall, there are several major industries in the country that have been responsible for driving the economy forward.

In this post, we take a look at a brief profile of the top 10 industries in the country in no particular order.

Banking can be traced to the colonial era when banks where established by Colonial masters to serve the needs of the Colonial Government at that time.

Shortly before the country gained independent in July 1959, the Central Bank of Nigeria began operations in the country.

Generally, the banking industry in Nigeria is responsible for holding the financial assets of individuals and businesses. The banks are also involved in investing these assets to generate more revenue.

Although, the banking industry isn’t exactly responsible for the economic development of the country, it plays an effective and important role.

The industry is particularly known for facilitating financial transaction which helps to promote international and local trade.

Once upon a time, agriculture in Nigeria was so vibrant that the revenue from this industry was used to sponsor free education.

Between the 1950s and 1970s, cocoa was a major foreign exchange earner for the country and the profit from cocoa was used to fund free education in Western Nigeria. Unfortunately, the focus on crude oil led to the gross under-utilization of the agro-industry.

Nonetheless, agriculture is still quite dominant particularly in the rural parts of Nigeria where 60% of the population is involved in the industry.

Different parts of the country are involved in different aspects of the agro-industry. For instance, the North East is involved in cultivating cotton, onion, tomato, sorghum, rice and cassava. This region is also involved in fisheries and livestock farming

On the other hand, the South is involved in oil palm, cocoa, rice, cassava and livestock farming as well as fisheries.

The construction industry is certainly one of the major industries in the country with the likes of Julius Berger, CAT and Lafarge playing important roles.

The industry is also involved in the manufacture of these personal use products and food products.

There are scores of companies across the nation, providing various forms of healthcare services. These include preventive, diagnostic, therapeutic and health insurance companies. The pharmaceutical industry is a vibrant part of the healthcare providing medicines to over 180 million Nigeria. For the quality medical laser repair do visit us.

There is also the medical device or equipment industry and medical laboratory services which are rapidly growing industry within the healthcare sector.

Without the ICT industry, the use of mobile phones and computers will be impossible. This industry has produced telecommunications companies like MTN, Globacom, Airtel and Etisalat.

These companies also play an important role in the availability of data needed to surf the internet and connect with the world at large.

These days, a little as a few minutes break down in internet services can lead to the loss of money and suspension of important activities in the country.

The Oil and Gas Industry is practically what drives the economy of Nigeria as the country is currently the largest oil and gas industry in Africa.

In 2000, 98% of the export earning was from oil and gas exports. Basically, this industry in the country is involved in the extraction, refinement, distribution and marketing of the oil and gas products and by-products. Also, some of the companies in this sector provide drilling equipment and construction services.

The major private oil and gas companies in the country include Shell, Exxon Mobil, Chevron, Agip, Total and Texaco.

Nigerian National Petroleum Corporation also known as NNPC is owned by the Federal Government and plays an essential role in the distribution and regulation of petroleum products in the country.

The emergence of the Nigerian film industry, Nollywood as well as the boom being experience by the music industry has made the entertainment industry an integral part of the Nigerian economy.

In fact, this industry has led to the recognition of the country on the world stage. For instance, the likes of D’Banj, P Square, Wizkid and Burna Boy have collaborated with international acts which has place the country on the global map.

Also, the recent emergence of IROKO TV has helped export Nollywood to different parts of the world.

This industry contributes an estimated 5% to the country’s GDP and it is expected to be the fastest growing hospitality market by 2021.

Some of the popular tourism events in the country include the December Carnival in Calabar, Argungu Fishing Event in Kebbi and Ojude Oba in Ogun State.

The utilities industry refers to sectors like those providing electricity and water to the Nigerian populace. These include the Water Corporation and the Power Generating Companies and the Distribution Companies.

Electricity and water are very important in residential and commercial settings which explain why this industry is very important. 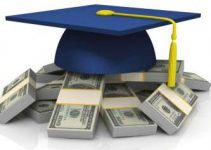