The Vigilante Group of Nigeria was created about 20 years ago. If the truth must be told, the vigilante group in Nigeria is not one to be toyed with. They have grown over the years from the backwaters into popularity and limelight.

They have proved to be forces worthy of reckoning in the system of things as far as security is concerned.

They are involved in community policing and they have done that job perfectly. They are a registered group and have the backing of the law. It should be noted that the group is a Non-Governmental Organization.

They have membership across the 36 states of Nigeria and are well entrenched in virtually all the 774 local governments. They have their headquarters in Kaduna State and also have a command office at Abuja.

They liaise with the Nigerian Police to carry out their community-policing duties.  It is not part of their duties to prosecute criminals; once any criminal is arrested, they forward such a suspect to the police.

Over the years of their establishment, very cordial working relationship had existed between them and the other security agencies, like the military and the police.

One thing that sets them apart from the other security forces in Nigeria is their grassroots connection. They are also respectable professionals and their community knowledge makes them capable of perfecting the job.

The vigilantes are never transferred from one place to another like it occurs in the Nigerian police; they stay for as long as they want in their community and this makes them far better in community policing than the men of the Nigerian Police.

Their mode of operation

As hinted earlier, the vigilante group is a national organization. They are a voluntary organization too.  Their membership is made up of people from the very community where they operate.

They first take their new recruits through series of tests to determine if that individual is qualified to be a member of the group or not.  The individual is deployed to his community if he passes the tests. They equally have various inner groups, like the special squad, anti-robbery squad and so on.

Truth is the Vigilante Group of Nigeria is made up of educated and enlightened set of people. They have a constitution that permits anyone older than 18 years of age to join the group. The minimum qualification for membership is First School Leaving Certificate.

The person must also be a good communicator in order to qualify for membership. Members are expected to equally have some knowledge of mathematics as this will prove helpful in their course of duty.

Source of fund is one of the main challenges being faced by the Vigilante Group of Nigeria. The members and their executives do reach out to the government and well meaning individuals in the general public for financial help.

Another challenge facing the Vigilante Group of Nigeria is their inability to work undercover. They do wear uniform and this tends expose their identity to criminals, making it rather difficult to catch many of these criminals when the latter least expect. 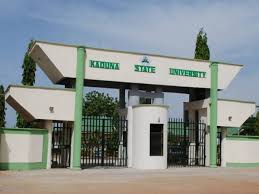