FX trading has become very popular especially throughout the past several years. Third world countries are especially active in the Forex Trading market. This might be due to many reasons. One of them is increased and opened up opportunities and the second one is the desire to make money.

While the Forex Trading industry is slightly taking off in many countries, Nigeria is one of the most active ones in the region. According to the experts and the research, there are three top Nigerian FX Traders that have made quite a reasonable fortune with Forex Trading.

The first in the list is Uche Paragon. This Nigerian trader is one of the youngest traders as well. Uche began his career back in 2007. This was not something he was thinking of, but rather a lucky occasion. It was all about simple google search when he was looking for simple ways to earn money online. It took some time for Uche to get acknowledged in the Forex market. But in the end, the number of pages did not stand as an obstacle for him to join, but as a motivation.

He made his choice with the binary Forex trading options. This indeed has become his first successful and right choice that led him to the Forex market and brought him financial benefits as well. He had his approach, and despite reading a lot and making a lot of research, he used the binary option, which is one of the simplest methods. The method is only based on the binary bet and does not involve any multitasking.

There are some cases when the binary option is truly useless and irrelevant. Though, Paragon is also known for refining his method and approach and continuing being successful with his trades. After he was officially a successful Nigerian FX trader, he decided to pursue trading commodities. He invested in crude oil. This helped him to raise and increase his capital even more.

Despite the fact that Uche is incredibly successful in his craft and has made quite a reasonable fortune from binary trading, he still tries to lead the life of his own and pursues his dreams. After the binary trading option, the time has come to refine some of his other skills in music and songwriting. He also contributed a lot to the development of his country and donated to different funds. He even founded his own trading school in Lagos and Port Harcourt. He has high hopes, and one of them is that FX trading will help others to make their dreams come true and teach some valuable lessons as well as how to work tirelessly.

Just like Uche Paragon, another Nigerian FX trader, Ajidahun Afioluwa has demonstrated that ways of living out of Forex trading are extremely hard and challenging no matter how skilled somebody may be. The ways of Uche and Ajidahun look very similar. None of them became rich instantly or easily. They have both come through the hard and a long way to become someone who they are. The way for Ajidahun has been extremely hard, it can be said that it was a trial for his willpower. He experienced the fail after fail and was very close to the edge of quitting.

The main reason why he kept going on, as he mentioned in his interview was the desire to grow, evolve as a person, and learn on the way. He wanted to succeed. Apparently, he wanted to succeed strong enough to turn the odds in his favor.

The success did not come until he got acquainted with the various strategies and tried most of them. He read a lot of books about strategies, their weak points, and advantages. It took him quite a while to figure out which strategy was the most suitable for him. In the end, he came up with the strategy which was focused on minimizing the losses. The strategy worked for him, while it is far away from being the most used and relevant strategies in FX trading.

Just like Uche, Bade Ajidahun did not take all of the advantages only for himself but took care of his family and friends. This part is essential as some of those friends were the ones who lent him money and he was able to make a profit from them. He made quite a big fortune, thus he decided to retire at the age of 28. Even though he has retired, he still shares his experience and knowledge with others via holding seminars and training for his community.

Ezeako is the only female in the list of top FX trader Nigerians. She is not only a successful FX trader from Nigeria but is the woman who proved that the FX world is not meant exclusively for men. She was one of the first women to demonstratively climb the ladder of success and open the world governed by men to women.

Just like the previous two candidates, Blessing started with learning and researching the market. She did not have a teacher or a person who would sit next to her and explain everything. She had to do it on her own. Ezeako started with acknowledging strategies and methods. Her way was very tough and tiring as she put a lot of effort and sleepless nights for turning the reading process into one big experience. It was especially hard for her, as she was working full time to support her family and had to dedicate her energy and time both to work and to the enlarging her experience. This should already sound like the true dedication and passion for the job you are doing.

It was one day when she finally decided to try herself and use her knowledge and experience in the real market and trading. Even here, the success did not come immediately, but it took her some time in order to figure out the structure, come up with the strategy and learn. She definitely had losses, but her gains were much bigger. Not only she stayed the FX trader but she contributed to the development of the FX trading industry in the country. She collected all possible information and sources and frequented it via session and training. She developed the community and became very popular within it. It took her some time and a lot of effort, but in the end, the success was worth it.

All of the traders were quite young while trading off with Forex Trading. They have spent a lot of time and effort in order to become successful and leave their names on the list of tops. It is all about dedication, passion, and willpower. Those characteristics define you as the trader and will contribute to turning odds in your favor. 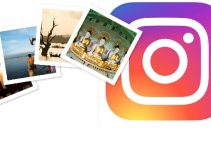 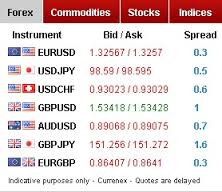