Problems of Transportation in Nigeria & Solutions

The state of most road networks in Nigeria is simply saddening. This is the first problem of road transportation in Nigeria. Even when roads are recently constructed, they are done with low-quality materials so the roads do not last long. The problem of poorly built roads can be attributed to corruption because road contracts are awarded based on who can bribe his way through. After the construction companies have been awarded the contract, they set to recover the money lost and then do not the job well by using cheaper and substandard materials. Most of the roads that are recently constructed have lost their asphalt surface and all that is left is the gravel beneath. What you will then find is uneven surfaces, potholes, and eroded areas. The poor state of the roads makes traveling an extreme sport and sometimes almost impossible especially during raining seasons. During raining seasons, some of the roads are covered by water which further destroys the asphalt surface of the road. One can only imagine the economic losses that happen because of the poor state many road networks in Nigeria. Many regions are becoming dead because of the non-motorable road network. The solution to this is that the government needs to prioritize the rehabilitation of road networks. The government also needs to ensure that those awarded the contract do a good job by monitoring it closely.

Roads need to be properly maintained with good quality materials or less they start to wear out and even get worse than they were before. The lack of proper maintenance or maintenance at all has contributed to the poor state of road transport in Nigeria today. You should know that most of the major road networks in Nigeria were constructed in the 80s and early 90s and have rarely seen any form of repair since then, this is why they are old and worn out. Even when it is obvious that these roads need repair, it is usually delayed before attended to. This makes it even more expensive and difficult to repair. Another issue is the use of low-quality materials in repairs, which makes the road get worse even after repair. The solution to this is that road repairs should be done on time. The government should put policies in place that ensure that roads are checked at intervals and on a regular basis. Roads should also be repaired with the right materials only.

Road congestion refers to the much load and demands on a road than its capability. Many Nigerian roads are in bad shape because there is an excess number of cars plying the road. Road congestion can be traced to the root problem of urbanization and overpopulation, especially in cities.

Many are moving to cities from villages because of the opportunities that abound there. This results in overpopulation in major cities, and places excess demand on the roads. For example, in major cities such as Lagos, there is constant and daily congestion. Much damage is caused because of heavy use on the roads.

Another problem of transportation in Nigeria is the high rate of road fatalities. Accidents are caused by many factors such as those mentioned above. Others include bad roads, road congestion, reckless driving, impatience, disobedience of traffic rules, etc. The Federal Roads Safety Commission needs to tackle this problem head-on by putting systems in place to ensure the citizens obey traffic rules and drive responsibly. Such measures include re-orientation of road users, heavy penalties for defaulters, etc. Accidents on Nigerian roads is a transportation problem in Nigeria that needs to be tackled immediately.

Non-availability of any other means of transportation

In Nigeria, road transportation is not just one of the modes of transports, it is practically the only means of transportation especially inter-state (apart from air transportation which many cannot afford). The Nigerian railway transport system used to boom but has now been abandoned. If the rail transport system is functioning in Nigeria, it will put fewer demands on the road system as many will use that option in traveling. It will lead to less damage to the road because there would be less congestion. Also, heavy loads will be carried via the rail system which will reduce the pressure on the road system. The dangers caused by heavy trucks and lorries on Nigerian roads will also be brought to a minimal level. There would be fewer accidents caused by heavy trucks and lorries. The solution to this problem is that the government needs to prioritize investments in other forms of transportation such as the rail transportation system. 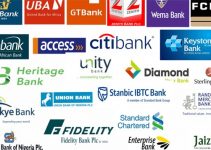 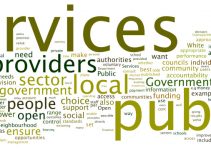 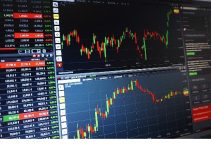 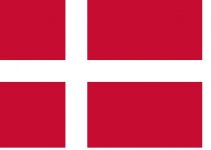 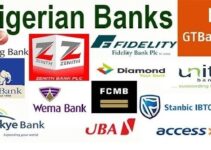