In Nigeria, interest rate decisions are taken by The Central Bank of Nigeria, which is the institution set up for that particular purpose. The official interest rate is also termed as the Monetary Policy Rate (MPR).

The central bank of Nigeria holds its benchmark interest rate steady at 14 percent at its November 2016 meeting. This was done in an attempt to control the inflationary pressure especially at this time when there is foreign exchange scarcity.

The inflation rate hit its highest rate in 11 years at 18.3 percent in the month of October and the Nigerian economy was forced to contract for the third straight quarter in three months to September of 2016, and this is due to lower prices of oil. Interest Rate in Nigeria averaged 10.28 percent from 2007 until 2016 and it reached 14.00 percent in July of 2016 and also the lowest rate of 6.00 percent in July of 2009.

During the CBN meeting that led to the agreement on the current Interest rate, the Committee set up for that purpose acknowledged the weak macroeconomic performance of the country and the challenges that were presently confronting the country’s economy. However, they also noted that the MPC had consistently called attention to the implications of the absence of robust fiscal policy to help in complementing monetary policy in the past.

The Committee equally took time to assessed the impact of all its economic decisions to tighten the stance of monetary policy by raising the MPR, which was done in July 2016. At the time, the Committee fully understood the complexity associated with the challenges that were facing the Nigerian economy and the difficulty that are involved in arriving at an optimal policy mix to address rising inflation and economic contraction at the same time.

The Committee also recognized that monetary policy had been substantially burdened since 2009 and had been stretched. The Committee noted that new capital flows into the economy, approximately US$1 billion, had come in since July, while month-on-month inflation has declined continuously since May 2016.

Against this background, members reemphasized the need to prioritize the use of monetary policy instruments in dealing essentially with stability issues around key prices (consumer prices and exchange rate) as prerequisites for growth.

The MPC considered the numerous analysis and calls for rates reduction but came to the conclusion that the greatest challenge to the economy today remains incomplete fiscal reforms which raise costs, risks and The MPC recognized the weak macroeconomic environment, as reflected particularly in increasing inflationary pressure and contraction in real output growth. In view of this, the MPC underscored the imperative of coordinated action, anchored by fiscal policy, to initiate recovery at the earliest time.

Members called on the Federal Government to fast-track the implementation of the 2016 budget in order to stimulate economic activity to bridge the output gap and create employment. In the same vein, the MPC expressed concern over the non-payment of salaries in some states and urged express action in that direction to help stimulate aggregate demand. 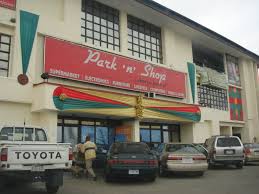