Food business is certainly one business that will never go out of fashion because people will always eat. There are scores of companies involved in the production of distribution of food products in Nigeria with many of these companies operating different business models.

Some of these companies have farms that supply the necessary raw materials for the manufacture of their products while there are others that are primarily involved in the importation of these food products from foreign countries. Often times, the latter companies are subsidiaries of international food companies.

In today’s era everyone loves to eat pizza and pizza parties are famous and simple. If you want to encourage your employees and remove communication gap between them then you can give them pizza party by ordering pizzas from canadian pizza menu . 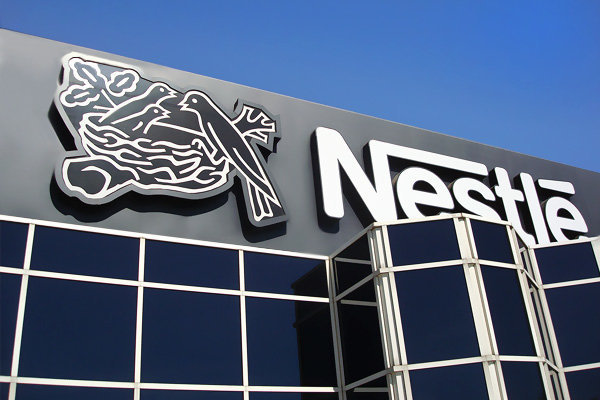 In this post, we have compiled a full list of the food companies in the country along with a brief profile on each one of them.

Dangote Group is one of the most diversified business conglomerates in Africa. The company was founded by the Nigerian billionaire, Aliko Dangote many years ago. The food division of the company is involved in the production and distribution of sugar, flour, semolina, pasta, food seasoning, vegetable oil, tomato paste and salt.

This division of the Dangote Group is a multi-billion naira company that has kept on growing in recent years by expanding into new markets and partnering with other companies as well as the government at various levels.

Since inception, the Dangote Industries Ltd has enjoyed phenomenal growth on account of the quality of its goods and services.

The company aligns with the vision of the Dangote Group which is to provide local, value-added products and services that meet the ‘basic needs’ of the populace through the construction and operation of large scale manufacturing facilities in Nigeria and across Africa.

The products sold by the Dangote industries are manufactured locally which has greatly increased the employment capacity of the company as well as the local value addition of the company.

Over the years, products like Dangote sugar, Dangote salt and Dangote pasta have become an essential part of the average Nigerian home.

If you have ever eaten Indomie noodles then you have enjoyed one of the products of Dufil Industries Ltd. The company was established over 20 years as a result of the collaboration of two international firms to form the De United Food Industries Ltd also known as DUFIL Ltd.

Indomie Noodles is the core product of the company and it is quite popular among several demographic groups in the country making it a household name. Indomie Noodles comes in various flavours, some of which include Indomie Onion, Indomie Oriental and Indomie Chicken noodles.

The company’s first manufacturing plant in Nigeria which is one of the largest in Africa was commissioned in 1995 in Ota, Ogun State. This was followed by a second factory commissioned in 2001 and located in Choba, Port Harcourt, Rivers State.

The most recent factory is a state of the art automation plant which was commissioned in Kaduna on the 29th of May 2012. The company started its noodle division in 1996; a year after its first factory was launched.

In 2004, Indomie reached a peak production 1 million carton per month. In 2008, the company became a Public Limited Company subsequently taking up the name DUFIL Prima Foods.

In 2008, DUFIL Prima commenced its seasoning division in Ota and in 2008; the company produced its 1 billionth pack of Indomie.

FMN is one of the largest food production companies in the country. The country was incorporated in September 1960 as a private limited liability company.

In 1978, FMN became a public limited liability company and its shares were subsequently listed on The Nigerian Stock Exchange.

The vision of the company is to become the nation’s leading food business company. FMN is involved in agriculture, livestock feed and pasta manufacturing.

The financial backbone of the company is the wheat milling division. In fact, FMN is said to have pioneered flour milling in Nigeria when its first mill was commissioned at Apapa in 1962 with a grinding capacity of 500 metric tonnes of wheat per day.

Currently, the Apapa Milling Complex has a rated capacity of over 8,000 metric tons per day making it one of the largest single site mills in the world.

The mills are manned by a team of highly trained and skilled professionals working at a high level of efficiency attested to by our ISO 9001:2008 accreditation recognizing that our flour manufacturing facilities are world class and operate within an internationally recognized Quality System.

Envoy Oil Industries Limited is another prominent indigenous food company. The company was established in March 1998 and there are other divisions apart from the food industries. These include chemical industries, Bureau De Change, Transport and Logistics as well as Import & Export subsidiaries.

The food division is involved in the production, extraction and processing of varied range of vegetable oil products.

The company is known for its focus on intensive research, development and studies on consumers’ expectation, requirement and satisfaction. Some of its products include Envoy Pure Refined Vegetable Oils as well as the popular Niger Hard Laundry Bar / Tablet Soap / Toilet Soap

Cadbury was established in the 1950s as an operation to source cocoa beans from Nigeria and as a precursor to enable the company’s founders to tap opportunities for serving the local consumer-market with world-famous, Cadbury-branded products.

In 1976, Cadbury became a publicly listed company with shares traded locally on the Nigerian Stock Exchange.

Cadbury Nigeria is known for its flagship product, Bournvita. The company was initially importing the beverage and repacking it locally at its current site at Agidingbi in Ikeja.

Currently, Cadbury Bournvita is the market leader in the Food Drinks category. Apart from Bournvita, Cadbury also produces the likes of TomTom which was introduced in 1970. The candy has three variants: Classic, HoneyLemon and Strawberry. Other products include Trebor Buttermint which is also a candy with the double pleasure of butter and mint.

In 2012, the company expanded its product categories in Nigeria when it launched Tang, the global leader in powdered beverages.

The cocoa powder used by Cadbury is supplied by Stanmark Cocoa Processing Company Limited which is also owned by the company.

Nestlé is the world’s largest food and beverage company. With over 2000 brands ranging from global icons to local favourites, Nestle is present in over 190 countries around the world.

The company was setup with the vision of enhancing quality of life and contributing to a healthier future.

Currently, Nestlé operates across 194 countries, Nigeria inclusive. The company is known to play a significant role in the development of the country and the world at large as it has contributed greatly to people live healthier lives in other to create a better and healthier world.

One of the ways the company does this is by committing to reduce the sugar in their products by 5% by 2020.

In Nigeria, Nestlé is one of the foremost food manufacturing and marketing company in the country. Their products include baby foods, cereals, chocolate and confectionery, coffee, dairy, and drinks.

Also, Nestlé Nigeria is involved in the manufacture and distribution of purified water across the country.

Below is a summary of Nestle products available in Nigeria based on their categories.

Honeywell Group is a conglomerate based in Nigeria. The company operates diversified businesses with divisions including food, agriculture, telecommunication, infrastructure, real estate and financial services.

The company was founded by Dr. Oba Otudeko. It started as a trading enterprise that focused on importing and marketing of commodities between the North and South of Nigeria and later across the West African sub-region, especially Ghana.

In 2017, the company launched the Honeywell Flour Mills’ factory located in Sagamu. The plant occupies over 63 hectares of land within the Ogun State Flowergate Industrial Estate in Sagamu (along the Lagos-Ibadan expressway).

The factory is expected to produce large scale wheat and non-wheat based products that would meet present and future food needs of Nigerian consumers, thereby further strengthening the company’s leadership position in the Nigerian milling industry.

UAC Foods Limited is one of the leading manufacturers and marketers of tasty, nourishing convenience foods.

The history of UAC Foods was first incorporated in Nigeria under the name Nigerian Motors Ltd on April 22, 1931 as a wholly owned subsidiary of the United Africa Company Ltd. The company later became UAC International (UACI), a subsidiary of Unilever.

Currently, the business exists as a joint venture between UACN Plc of Nigeria with 51% equity stake and Tiger Brands of South Africa with 49% equity.

The company is quality conscious and was set up with the goal of adding value to our consumers with its range of nutritious snacks, beverage and dairies products.

Incorporated in 2005, Chikki Foods Industries Limited is a leading manufacturer of instant noodles. The company is said to be the first in Africa to use the full automatic box packaging machine from Japan with technical support from Singapore, Indonesia and Japan companies.

Founded in 1999, Leventis Foods Ltd is a subsidiary of A.G. Leventis (Nigeria) Plc. The company is one of the largest bakeries in Nigeria producing highly nutritious variety of baked products and snacks, with a strong brand presence in Lagos, Nigeria.

The flagship product of A.G Leventis in Nigeria is the Val-U Bread. The bread is currently the market leader in the “Branded Packaged Bread” group. The variants include; Family Loaf, Wheat Loaf, and Midi loaf.

Leventis Foods Ltd also embarked on expansion phases with the construction of other lines for the production of quality snacks, such as “Meaty” sausage rolls, “Hotty” and “Mini Hotty” spicy rolls. The company recently added a new product to its snacks production profile which is the Sweet Rolls. The roll comes in three tasty variants; Choco, Vanilla and Sweet Bourbon.

Leventis Food has one of the best food manufacturing factories in the country. The factory is a highly automated one and it operates under strict Quality Control and Quality Assurance Procedures. It is located in Apapa and the capacity of the factory is 60,000 loaves per day and 3,500 cartons of Pastries.