Crude oil is a very important source of foreign exchange and has become a major influence to the Nigerian economy.

In this post, we take a look at the history of this black gold as well as the economic importance of crude oil in the country with a focus of partnerships with other countries and international oil companies.

Nigeria is the largest oil and gas producer in Africa with a daily production of 2.5 million barrels of crude oil.

The oil emanates from the delta basin and there are two types namely: the light, and the heavy. 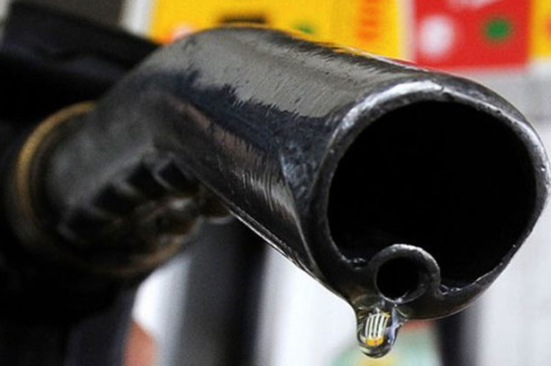 The exploration of oil dates back to 1907 when Nigerian Bitumen Corporation began exploratory work in the country but when the World War I started, the firm’s operation stopped.

After the war, licenses were given to D’Arcy Exploration Company and Whitehall Petroleum to find oil but neither company found oil of commercial value.

However in 1956, Shell struck oil in Oloibiri which was followed by the discovery of other important oil wells in Afam and Bomu in Ogoni territory. Subsequently, the first oil field began oil production in 1958.

Although the discovery of crude oil has improved the wealth status of the country, it is general believed that the profit from the oil industry has affected the country in certain ways.

For instance, the indigenes of these oil-producing states are yet to fully benefit from the impact of the industry and this has led to unrest and conflict in these regions.

Also, the corruption in the government has led to the diversion of the oil revenue into the pocket of the politicians which has further contributed to underdevelopment in the country as a whole.

Notwithstanding, the discovery of crude oil has come with several economic benefits.

Currently, Nigeria has a total of 159 oil fields and 1481 wells in operation. The most productive oil fields are located in the coastal Niger Delta Basin in and this comprises 78 of the 159 oil fields.

Typically, most of Nigeria’s oil fields are small and scattered, and as of 1990, these small unproductive fields accounted for 62.1% of all Nigerian production. This contrasts with the sixteen largest fields which produced 37.9% of Nigeria’s petroleum at that time.

In 2010, Nigeria provided about 10% of overall U.S. oil imports and ranked as the fifth-largest source for oil imports in the U.S but the country stopped exports to the US because of the impact of shale production in America.

However, this hasn’t diminished the country’s export as India has now become the largest consumer of Nigerian oil.

Also, the UK, Germany, and China have also been involved in importing the crude oil produced in Nigeria.

As a matter of fact, China has been buying oil and gas from Nigeria since the 1970s and the relationship with Nigeria has been mutually benefiting

For example, China allocated $1 billion in 2006 to Nigeria which was to be used in the development of railways. This project was allocated to China Civil Engineering Construcion Company which has been involved in the construction of light rails in major parts of the country.

China has also contributed to the development of the oil industry as it invested $4 billion in this sector in the 2000s which was used in the exploration of oil fields as well to provide medicines and weapons for the Nigerian army.

These investments have enabled China purchase a controlling stake in the Nigerian refinery and this has led to the supply of over 30,000 barrels of oil per day to China.

Apart from partnering with countries, the Nigerian Government also operates a joint venture with several international oil companies. Some of these include:

Shell operates largely onshore on dry land and in the mangrove swamp in the Niger Delta.

Currently, the company has over 100 producing oil fields, and a network of more than 6,000 kilometres of pipelines, flowing through 87 flowstations.

Chevron Nigeria Limited (CNL) exists as a joint venture between NNPC (60%) and Chevron (40%).

The company is the second largest oil producer in the country (approximately 400,000 barrels per day (64,000 cubic metres per day) with fields located in the Warri region west of the River Niger and offshore in shallow water.

Mobil Producing Nigeria Unlimited (MPNU) is another joint venture with the Federal Government. The partnership comprises the NNPC (60%) and Exxon-Mobil (40%).

The company operates majorly in the shallow water off Akwa Ibom state in the southeastern delta.

Nigerian Agip Oil Company Limited (NAOC) comprises a joint venture operated by Agip with NNPC having a 60% stake while Agip controls 20% and ConocoPhillips has 20%.

The NNPC/Texaco-Chevron Joint Venture (formerly Texaco Overseas Petroleum Company of Nigeria Unlimited) is a joint venture operated by Texaco and owned by NNPC (60%).

Texaco and Chevron have 20% each in the joint venture.