A basic definition of inflation is the change in prices of goods and services over a period of time.

According to the National Bureau of Statistics, inflation rate is the consumer price index (CPI) of the same month in the current year. The Consumer Price Index (CPI) measures the average change over time in prices of goods and services consumed by people for the day-to-day living.

The inflation rate puts into consideration 750 goods and services in the country.

During the recession which lasted from 2016 to 2017, the inflation rate increased to over 20%.

In fact, data from the Nigerian Bureau of Statistics revealed that inflation rose from 13.7% in April to 15.6% in May.

Also, the inflation rate of imported food inflation was also affected as it surged to 18.6% y/y in May from 16.4% the previous month.

The rise in inflation in 2016 and 2017 could be traced to the exchange rate policy in which the market forces of demand and supply were left to influence the economy without interference from the government.

And it has continued on a downward spiral till date. In February 2018, the inflation rate was reported at 14.33% which was a significant to the previous month at 15.13%. This is the lowest inflation rate since April 2016.

This figure was close to the prediction of the FSDH which was an expected drop of 14.31%.

In February 2018, the monthly Food Price Index (FPI) from the Food and Agriculture Organization (FAO) revealed that the Index averaged 170.8 points, 1.07% higher than the revised value for January but 2.68% lower than the February 2017 figure.

The increase in the FPI indicated that there was an increase in all categories of commodities used in the calculation except vegetable oil and sugar.

Also, the FAO Dairy Price Index appreciated by 6.21% in February and the prices of products in all the four categories of milk products that constitute the FPI firmed up.

This increase was due to the strong import demand and lower than expected milk output. The FAO Cereal Price Index increased by 2.55% from the previous month.

On the other hand, the FAO Sugar Price Index dropped by 3.45% which was its lowest level in two years.

The drop in this index is based on the favourable supply conditions in the main sugar producing regions and last year’s removal of output quotas.

The prices of most of the food items in February 2018 recorded moderate increases, leading to 0.80% increase in our Food and Non-Alcoholic Index.

The index increased by 17.50% from 224.77 points recorded in February 2017. Also, there was an increase in the prices of transport and housing, water, electricity, gas & other tyoes of fuels between January and February 2018.

The February report meant a thirteenth consecutive dip in the inflation rate and if the dip continues this way, it is expected that the country will achieve a single-digit target soon.

Currently, the CBN is working to further bring down the inflation rate with the Monetary Policy Committee (MPC) expected to play a major role in the process.

In March 2018, the Senate gave its committee on finance one week to screen the members of the MPC.

The set up of the MPC was based on the recommendation of the International Monetary Fund (IMF) as it is believed this committee will be pivotal in steering the country’s economy along the right path.

MPC is basically is the highest policy-making committee of the CBN and it is involved in formulating and implementing the Monetary and Exchange rate policies.

It is the MPC that has helped to keep the monetary policy rate at 14% since July 2016 due to rising inflation. However, the MPC is currently considering easing the rate to attract new investments to the country and further boost economic development. 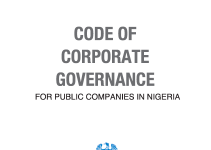 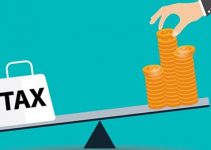