The news that made rounds in April 2015, announcing Nigeria as the country with the largest economy in Africa was highly misunderstood by many who couldn’t really digest the fact that Nigeria, of all countries, with the high poverty rate, low level of security, unemployment and underemployment and so many other issues would be declared the largest economy; but there’s a difference between the ‘size’ and ‘growth’ of a country’s economy. That is the baseline.

Economic development in Nigeria, although has been rocked back and forth by various political, socio-cultural, financial and infrastructural setbacks, the economic development of a country like Nigeria can’t be said to have totally been where it used to be, or to have back tracked as some people insinuate. Nigeria is a middle income, mixed economy and emerging market, with expanding financial, service, communications, technology and entertainment sectors. It is ranked as the largest economy in Africa, the 21st largest economy in the world in terms of nominal GDP, and the 20th largest in terms of Purchasing Power Parity.

Nigeria has enjoyed relatively strong economic development over the past seven years but poverty is still a major concern. Exports and government revenues are driven largely by oil, while most Nigerians work in agriculture. Economic development is constrained by inadequate infrastructure, electricity, incentives, and policies that promote private sector development, and poor access to quality education.

Oil has been the major gold pot for Nigeria since the 70’s, overturning the fortune gotten from the export of agricultural products. Nigerian oil reserves are said to be an excess of 35billion and natural gas are well over 100 trillion cubic feet. Poor Reforms Policies, over-dependency and the devaluing Naira have all summed up to be a bane in the oil sector.

Even though Nigeria ranks sixth worldwide and first in Africa in agricultural output, agriculture has suffered from years of mismanagement, inconsistent and poorly conceived government policies, neglect and the lack of basic infrastructure. Still, the sector accounts for over 26.8% of GDP and two-thirds of employment.

Tourism is still a sector bringing in some much needed revenue but it hasn’t been a strong point for Nigeria’s economic development. Management and maintenance issues have also plagued some places with historical values and tourism appeal.

Nigeria’s mining sector fell down the global pecking order in 2012 and it hasn’t fully recovered but the private investors interested in exploring the mining sector might just help boost it back provided Reform Policies and Opaque business ethics don’t cripple it off.

Nigeria’s electricity production hasn’t been much to write home about, since the consumption continues to weigh down production. Nigeria consumes an estimate of 18 billion Kilowatts and the production is way insufficient to have power supply on a regular.

Other sectors have also contributed their tits and bits to economic development in Nigeria but no matter how ridiculously easy it sounds, there needs to be serious policy restructure, transparency in public-private partnership, and a change of mentality and attitude. Economic development in Nigeria has every potential for an upward spiral, should some policies change and business environments made more conducive. 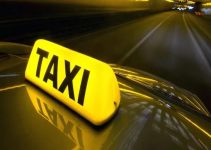