E-Money. If you think this is an internet investment of some sort, I will have to conclude you’re either not a Nigerian or in the Nigerian social media space. Some time ago, the internet went wild with a young man who was seen for his money spree at occasions.

They call him E-Money, some also call him Arab Money comparing his wealth to that of Arab princes and describing the enormousness of his riches.

His real name is Emeka Okonkwo; he is originally from Anambra state, Nigeria. However, he was born on the 18th of February, 1981 and bred in Ajegunle, Lagos state. Emeka got his nickname after he started showing off his luxurious lifestyle on social media. E-money has been on the news for lavishing money, especially in public events. He launched his money spraying device (machine gun) at the Quilox birthday party of Fuji pop icon, K1 D the Ultimate and was seen doing the same at weddings of celebrities such as Professional Football player, Onazi Ogenyi and Actor, Mike Ezuoronye’s sister.

E-Money hasn’t always been a Money bag. He describes his journey to success as not being a bed of roses. According to him, he had struggled for a long time and had nothing but things turned around while he was on his way back with his wife from their traditional marriage.

He stated that it was on their way back he received a call that he had been awarded a contract worth $2 million dollars. That was the beginning of the change in his life.

E-Money is currently married to Juliet Okonkwo. Their marriage is blessed with three boys. He described his journey to wealth as a difficult one in which he had to work hard. He met his wife as a young man and was struggling to make ends meet at the time. She was also very young and in her sophomore year at the university. He disclosed she was his first girlfriend and the first woman he ever loved, so he remained faithful to her.

“I was looking for a God-fearing lady who wasn’t excessively concerned with material possessions and who I could plan a future with. Fortunately, I found those qualities in her.

Even though I lived in Ajegunle with my brothers at that time, she visited me on several occasions. I remember that on one of those occasions, she fell into a gutter in a flooded street,” This he told Punch.

At the moment he is the CEO of Emmy Cargoes Limited and Five-star music which has produced artists like KCee (The Limpopo crooner), Harry Song, and Skiibii.

He is also one of the biggest players in Nigeria’s shipping and oil and gas industry. From his posts, his fans have been able to deduce that his favourite colours are gold and white. He also plays around with other colours like wine and black.

The record label, 5 star music is owned by E-Money and is based in Lagos state, Nigeria. The record label has to its name notable artists such as K-Cee, who is also the CEO’s elder brother and through whom the record label came into limelight in 2013.

Another Nigerian artist, Harry song was signed into the label in 2013 and was rumoured to be the brain-mind of the label via his major contributions to the song ‘Limpopo’, voice training and video directing. He, however, announced his exit in 2016 to begin his own label called Alter Plate. He disclosed that his decision to leave the company was due to conflicts left unresolved between himself and the management of the record label. However, his exit turned out to be messy. He and his manager, Desmond were arrested by K-Cee and his brother. This was later resolved and he returned to the label but just for a time.

Skiibii also joined the label in 2014 but left after three years. This was after making himself popular with songs like ‘Death Stunt’ in August 2015, ‘Ah Skiibii’, ‘London’, ‘Sampu’ and others.

In 2015, 5-star music announced a new manager as a part of their expansion plans. This was made known to the public via K-Cee’s Instagram page. The name of the manager is Chidozie Dike

As of 2018, E-Money is estimated to be worth $10million. In 2014, he was described by Vanguard as the youngest Billionaire in Nigeria, whose businesses range from music, real estate to oil and gas and entertainment.

Talking about his fortunes, he is a proud owner of a state of the art mansion worth over 250million naira, fleets of SUVs, sports cars, chains of businesses within and outside the shores of Nigeria.

This is not to be doubted as E-Money lives in his own house at Omole Estate, Ikeja Lagos state, worth over 250 Million naira. This is in addition to other houses around the country. His wife and three sons live abroad and he goes to visit them every other week. One of his last purchases was a Mercedes Benz Sprinter which costs about N30 Million. He also presented his brother K-Cee of Five Star Music with a Mercedes Benz G wagon worth 20million naira as a birthday gift.

Emeka Okonkwo is the CEO of Emmy Cargoes, established in 1997 and formerly known as Borisa Nigeria Limited.

E-Money is also the CEO of the Record Label, 5 star Music which was established in the year 2010 but came into limelight in 2013 with their prominent record Artiste: K-Cee who is also a shareholder in the company. Apart from K-Cee, the label also had to its name other record artists such as Harry Song and Skiibii.

E-Money is that man with many possessions and he does not stay low about it. In fact, it was said that the Police once warned that he will draw unnecessary attention to himself if he goes on with his show off but the young Nigerian billionaire could not care any less and has now become the envy and model of many young Nigerians. 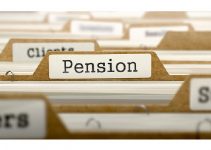 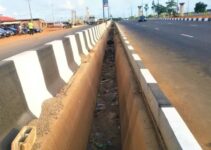 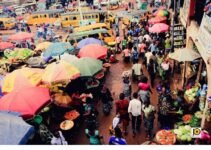