In 2015, the Federal government under the administration of President Muhammadu Buhari mandated the full implementation of the TSA which is the Treasury Single Account. This is a public accounting system with the aim of managing all government revenue and payments through a single bank account or a set of linked accounts. The TSA was initially introduced in 2012 as a trial project under the administration of President Goodluck Jonathan. However, it began full operation in 2015 with the administration of President Muhammadu Buhari. The TSA policy covers all of the existing Ministries, Departments, and Agencies (often referred to as MDAs) except companies in the oil and gas industry and other joint venture partners’ accounts. The major reason the TSA was introduced is to battle corruption in the country. The Treasury Single account aids transparency since all government payments are made into one account.

The order of the implementation of TSA marks the start of all revenues of Ministries, Departments, and agencies being withdrawn from whatever account they are in commercial banks into a unified account maintained by the Central Bank of Nigeria (CBN).

Many have argued that the payment of government revenue into multiple bank accounts operated by MDAs in commercial banks, which was the practice before TSA was clearly against the Nigerian Constitution which directed that all federally-collected revenues should be paid into the Federation Account. Many describe this as another evidence of breach of the law and the deep corruption in the nation.

The establishment of the TSA has its advantages to the Nigerian economy such as helping the Nigerian Government has a stronger hold of its finances. Since the government now knows the exact money it has, it can plan and execute plans using the money for the betterment of the Nigerian citizens. Also, whatever money belongs to the Federal Government is now under its full control and is also assured of being more secured since it is operated by the Central Bank of Nigeria. The Central Bank of Nigeria is one of the most infallible financial institutions in the country. Hence, the government’s money is safe, accessible, and secure. It is now possible to audit all government transactions since it is all in one place. However, whatever it is that has an advantage will also come with its disadvantage. This article is about the disadvantages of a Treasury Single Account. Read on below:

Advocates of the TSA policy argue that it will encourage integrity in how public funds are managed by the government and her agencies. It will remove the secrecy of government organizations in the management of funds. It will also expose the revenue-generating agencies that have been depriving the federal government of its money through multiple bank accounts. Altogether, there will be overall efficient management of public funds which will lead to a better economy. When you consider the situation of Nigeria where corruption has been a major menace causing havoc to our economy, we need every and any system that can foster transparency and accountability. In light of this, the Treasury Single Account might just be the best way to go. 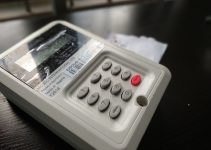 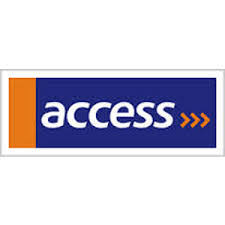