The Western part of Nigeria is also known as the South West. It consists of 6 states namely Lagos, Ogun, Oyo, Osun, Ondo and Ekiti states. The major cities in this zone include the likes of Lagos, Ibadan, Akure, Abeokuta, Ogbomoso, Osogbo and Ado-Ekiti. The largest Western state is Oyo State with a size of 28,454 km2.

In this post, we take a look at each of these states from how they were formed to their important landmarks.

The present day Ekiti was carved out of Ondo State in 1996. Prior to the formation of Ondo State, Ekiti was a part of the Ondo Province in the old Western Region.

Ekiti is made up of sixteen local government areas, fourteen of which were taken from Ondo State while the additional four were created from these fourteen.

One of the towns in Ekiti State, Okemesi is known to have produced over 30 professors who are quite reputable in academic circles. These include the likes of Adegoke Olubummo (one of the first Nigerian professors in the field of mathematics), Ekundayo Adeyinka Adeyemi (first Professor of Architecture in Africa, south of the Sahara), J. F. Ade Ajayi, Niyi Osundare, Sam Aluko, Prof A. A. Agboola and many more.

Lagos State can be said to be most prominent state in the country. It is one of the major economic centres in Nigeria. Currently, there are over 20 million people residing in it. The ports in Lagos are one of the largest and busiest in Africa. The capital of Lagos State is Ikeja.

Lagos can be said to be made up of two geographical areas, the Island and the Mainland. In 2017, Governor Ambode revealed that Lagos had a GDP of $136 million which was estimated at 30% of the country’s overall GDP.

The state also accounts for over 90% of the country’s foreign trade flow and 65% of its manufacturing activity.

Based on history, the Island part of Lagos was once called Lagos City and this was initially governed the Federal Government through the Lagos City Council. When the state was created in 1967, other local government areas were added to the state which became the present day Lagos State. Lagos was the capital of Nigeria from 1914 to 1991

Ogun State is another important state in South West Nigeria. The capital of the state is Abeokuta which is the largest city in the state.

Ogun state is a manufacturing hub with many factories such as the likes of the Dangote Cement factory in Ibese, Nestle, Lafarge Cement factory in Ewekoro and Coleman Cables in Sagamu and Arepo, Procter & Gamble in Agbara, amongst others.

Others include Bells University of Technology in Ota, Covenant University and Babcock University in Ilisan-Remo.

Ondo State is known as the Sunshine State and the capital of the state is Akure.

The state was created on the 3rd of February 1976 from the former Western State. Ondo state originally included what is now Ekiti State, which was split off in 1996.

Ondo state consists of 18 Local Government Areas; some of the major ones include Akoko, Akure, Okitipupa, Ondo, and Owo.

Osun State is another South Western State, it is known as the Land of Virtue and the capital of the state is Oshogbo.

Osun State was formed on the 27th of August, 1991 from part of the old Oyo State.

The state is known to attract tourist from far and wide for its cultural events which include the Ori Oke and Egungun festival in Iragbiji, Olojo in Ife as well as the Osun Osogbo festival.

Oyo State is the largest state in the South West. It covers an area of 28,454 km2. It is known as the pace setter state.

The state was formed in 1976 from the old Western State; it included Ọsun State, which was split off in 1991.

Some of the major landmarks in Oyo State include the University of Ibadan which is the first university in Nigeria, it was founded in 1948. Other universities include Lead City University, Ibadan, Ajayi Crowther University, Oyo, Ladoke Akintola University of Technology, Ogbomoso and The Polytechnic, Ibadan.

Oyo state is home to the first skyscraper to be built in Africa, the Cocoa House and the University College Hospital which is the first teaching hospital in Nigeria. 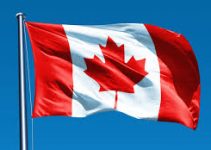