But of all the types of transport available in Nigeria, road transport is the most subscribed, as most people travel in automobiles from city to city and even within cities, to start you can check out this Shuttle Bus for sale at a fare price.

Today, in Nigeria, we have some big names like ABC Transport, Ekene Dili Chukwu, G. Agofure Motors, Chisco Transport, Delta Line, Edo City Transport, Akwa Ibom Transport Company, Cross Line, Anambra Line and many others which have been involved in mass transit of people across the country.

While these big names make millions of Naira daily from their operations, starting the business at such big scale is capital intensive.  But it is possible to start in a small way as an individual who is trying to make ends meet.  Let us now discuss how to start road transportation using (1) an automobile and (2) a tricycle.

How to get started on road transportation business using automobile

For use of automobile for intra-city transportation, it is advisable to buy a clean, fairly-used Toyota Bus of 14 passengers at this Executive Bus Rental catalog.  This may cost between N1,200,000.00 and N1,500,000.00.  Be sure to get an experienced mechanic to test-run it before buying, so as to ensure good quality.

After the purchase, one should procure all legal papers needed to operate the vehicle to avoid being embarrassed by law-enforcement agents and for the security of the automobile.  Thereafter, the vehicle should also be registered with the National Union of Road Transport Workers (NURTW).

To make good returns from the vehicle, it is advisable that the owner operates it by himself because hired or employed drivers often cheat.  But if the owner drives it, he can be sure of every fare derived therefrom.   In that way, the owner can make good returns on each working day, and would be able have some good savings within a reasonable time and be able to add other vehicles to the fleet.

I know of a man called Ojo in Ughelli, Delta State, who started road transport business, with a Peugeot 504 Station Wagon car in the 1970s.   He drove the first car by himself and used the proceeds to buy several other cars which he later gave out to other drivers to operate.  Ojo is now old, but his vehicles are still running and providing him means of livelihood in his old-age.

But if the owner cannot or does not wish to operate the vehicle by himself, he could engage a driver on balance-and-take basis in which case, the purchase amount could be doubled as the offer amount so that the owner can make some good profit, and after balancing up the offer amount, the vehicle becomes the driver’s own.  Thus, both parties can benefit from the balance-and-take arrangement.

Owing to the ban on the use of commercial motor-cycles in many major cities of Nigeria in recent times, tricycle has gained popularity as a means of intra-city transport in several parts of the country.

One can buy a tricycle, preferably the brand called TVS Super which is stronger and more durable, at about N420,000.00.  All legal documents for its operation should be procured before putting it on the road.

Just like in the case of automobile, it is advisable for the owner to operate it by himself.  If it is well operated, the owner will make enough money for his family up-keep and also make extra income for purchase of another tricycle with time.

Again, if the owner does not wish to operate it by himself, he could give it to another operator on a balance-and-take basis with enough profit to buy another one and continue in the business.

Conclusively, we can see that road transport business is viable, if well managed, and could be started in small way with money from personal savings or with a loan which could be paid back in 18 to 24 months. 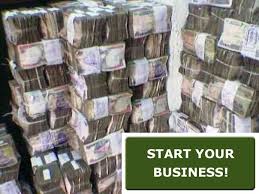 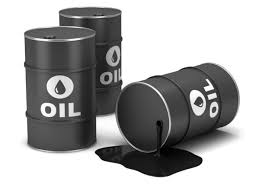 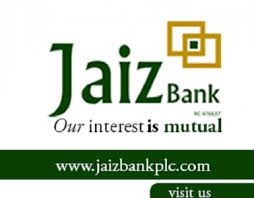