Skye Bank head office is located at 3 Akin Adesola Street, Victoria Island, Lagos. The bank is a commercial bank operating in Nigeria financial sector.  Skye Bank is one of the 26 strong banks in Nigeria as listed by the Central bank of Nigeria, which is the body regulating banking activity in Nigeria.  The bank offers both Financial and Banking Services.

Skye Bank started operation in 1989 and it was called Prudent Bank Plc then. The bank got incorporated as a limited liability company in the same year, 1989.  The Central bank of Nigeria gave the Merchant Bank licenser to Skye Bank in 1990 and the bank had been in operation since then till now.

Skye Bank was formed a merger. It was formed from the merging of four other banks, names of these other banks are EIB International Bank Plc, Bond Bank Limited, Reliance Bank Limited and Co-operative Bank Plc.

In January 2011, the bank introduced a Naira-denominated MasterCard debit card, called “MasterCard Verve”, this was the very first time any bank in Nigeria would do such a thing. The bank also offers Internet banking and mobile banking to its teeming customers. Later in 2014, the bank acquired Mainstreet Bank Limited. 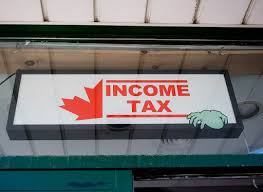