A typical refinery is a production facility that is comprised of a group of chemical engineering unit processes and unit operators to convert raw materials into final products of value. In Nigeria, there are petroleum oil refineries situated in various parts of the country for the refining of crude oil. The downstream sector of the oil industry comprises four refineries; two refineries in Port Harcourt, one in Warri, and the other in Kaduna; all of which are under the control and administration of Nigeria National Petroleum Corporation (NNPC).  However, the Department of Petroleum Resources (DPR) has issued several valid refining licenses to private companies seeking to operate in Nigeria.

This is a list of the refineries in Nigeria:

The Port Harcourt Refining Company comprises two refineries, namely, the old refinery and the new refinery. The old refinery which was commissioned in 1965 was designed to possess a refining capacity of 60,000 barrels per stream day (bpsd). The old refinery occupies the Area 5 process area of the Port Harcourt Refining Company which is made of several units that include; crude distillation (CDU), liquefied petroleum gas (LPG) Unit, and the platform unit (CRU). Area 5, which is the old refinery also has the power and utility section which comprises turbo generators and boilers capable of generating electricity for the refinery. There is the availability of maintenance personnel with the responsibility of routine, programmed, and emergency maintenance repairs of equipment.

The Kaduna Refining and Petrochemical Company Limited is strategically located to cater to the ever-growing Northern markets. Occupying an area of 2 89 square kilometres was designed with safety, ease of maintenance, and reduction of operating costs in mind. King Wilkinson, a company from Hague, Netherland, in collaboration with the Nigeria National Petroleum Corporation (NNPC) engineers, developed the blueprint for the refinery. It was Chiyoda Chemical Engineering and Construction Company of Yokohama, Japan that was awarded the contract of constructing the refinery in 1977. The Fuel Plant was commissioned in 1980 upon completion, however, the Lubes Plant and the Petrochemical Plant were commissioned in 1983 and 1986 respectively.

A 30,000 MT/yr Linear Alkyl Benzene Plant which was under the then Petroleum Sector of NNPC was merged with the Lubes Plant, Fuel Plant, and Petrochemical Plant into a single subsidiary to form the KRPC in 1988. The end products from the Kaduna Refining and Petrochemical Company include liquefied petroleum gas, petrol motor spirit, automotive gas oil, kerosene, fuel oil, sulphur, bitumen, and waxes. The KRPC is located on KM 16 Kachia Road, Kaduna State.

Other refineries of which the Department of Petroleum Resources (DPR) issued valid operating licenses include;

The Dangote Oil Refinery sitting on 2635 is projected to produce 650,000 barrels per stream day upon completion which will make it Africa’s biggest oil refinery. With a 1100 kilometres pipeline infrastructure capable of handling 3 billion standard cubic foot of gas per day, it would be the largest in the world. The Dangote Oil Refinery would be capable of processing local crude of Nigeria as well as other crudes. The 400 megawatts power plant of the facility is capable of proving the electricity needs of the refinery.

Several of these companies have begun the construction of these refineries at varying degrees of completion. Notable among them include Dangote Oil Refinery which 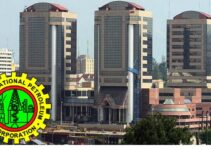 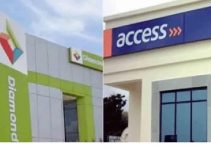 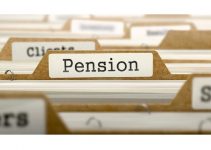 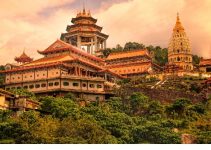 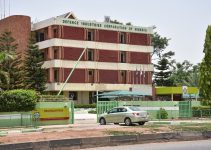