How did the stock exchange in Nigeria start?

If you’re looking for answers to that question, then you just have to do one thing, keep reading.

In this post, we take a look at the history of the Nigerian Stock Exchange (NSE) from 1960 to date.

History of the Nigerian Stock Exchange

The LSE began official operations on the 25th of August 1961 with 19 securities listed for trading. Prior to this, informal operations had commenced a few months earlier in June of the same year.

The operations were initially conducted inside the Central Bank Building in Lagos Island.

In December 1977, the Lagos Stock Exchange was rechristened the Nigerian Stock Exchange and several branches were established in some of the major commercial cities of the country.

The NSE is regulated by the Securities and Exchange Commission which is involved in the surveillance of the exchange to forestall breaches of market rules as well as to detect and prevent unfair manipulations and trading practices.

Generally, the data of the listed companies on the stock exchange based on their performances are published daily, weekly, monthly, quarterly and annually.

In 1999, the NSE began operating an Automated Trading System (ATS) in which dealers through a network of computers connected to a server.

In 1993, the Nigerian Capital Market was deregulated which led to prices of new issues being determined by issuing houses and stockbrokers, while the secondary market prices are made by stockbrokers only.

As a result, the market/quote prices, along with the All-Share Index plus NSE 30 and Sector Indices, are published daily in The Stock Exchange Daily Official List, The Nigerian Stock Exchange CAPNET (an intranet facility), newspapers, and on the stock market page of the Reuters Electronic Contributor System.

Also, the Government allows foreign brokers to enlist as dealers on the NSE in order to encourage foreign investment into Nigeria. This means investors of any nationality are free to invest.

This practice isn’t unique to Nigeria only as Nigerian companies are also allowed multiple and cross border listings on foreign markets.

The NSE is a member of the World Federation of Exchanges (FIBV). The exchange is also an observer at meetings of International Organization of Securities Commissions (IOSCO), and a foundation member of the African Stock Exchanges Association (ASEA).

The NSE joined the United Nation’s Sustainable Stock Exchanges (SSE) initiative on the 31st of October 2013.

On the 7th of July, 2017, the Nigerian Stock Exchange suspended 17 companies for failure to adhere to regulatory provisions of the law on corporate governance and extant post-listing guidelines.

The suspended companies are listed below.

Over the years, the NSE has been criticized by a section of investors for stalling in punishing rogue listed companies who continue to flout listing rules, despite the obvious risk they pose to investor funds.

However, companies that have their results pending before regulators will remain suspended for some time even after paying the stipulated fine.

Another implication of this suspension is that the shares of these companies cannot be traded on the Nigerian Stock Exchange until the ban is lifted. As a result, investors that have shares and wish to sell will not be able to do so.

In April 2018, the transaction on the NSE was reviewed and it was said to have closed on a downward note as of the 25th of April, 2018.

Even the most highly capitalised stocks like Total and Dangote Cement depreciated in price, causing market capitalisation to dip by N16 billion.

Consequently, the market capitalisation of listed equities dropped by N16 billion to N14,721 trillion from N14,737 billion achieved on the 24th of April 2018.

Currently, based on the activity chart, FBN Holdings dominated in volume terms with 80 million shares worth N1.2 billion, while United Bank for Africa followed with 60 million units worth N684 million.

Overall, investors exchanged 350 million shares valued at N4.6 billion in 5,020 deals as at the 25th of April. 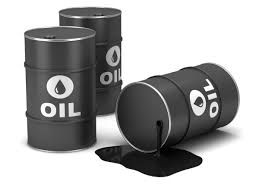 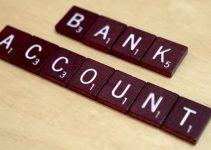