The TV network was established in May 1977 based on the Decree 24 of 1977. As a result of this decree, all the 12 regional television stations which had been established between 1959 and 1974 were merged and brought under the NTA umbrella.

Primarily, NTA transmits black content especially Nigerian Production which has impacted significantly on the black populace. The network is also known as an authority which is known to reinforce the enthusiasm of blacks especially those in the diaspora. It does this by promoting the Nigerian and African culture as well as countering the negative perceptions about the black race.

The TV network provides independent and impartial television broadcasting in the interest of Nigeria to the public. Basically, NTA is a tool for national integration. The network also provides international broadcast which transmits to other parts of the world like USA, Canada and Europe.

NTA is currently the largest in Africa and the network serves as a medium for both Nigeria and African to tell their stories. Also, the network is the first black African Television Network to undertake mass broadcast globally.

Initially, NTA was established as the TV network for TV broadcasting in the country. However, the network has grown systematically through the years into over 100 stations with presence in every state capital and senatorial districts.

NTA isn’t restricted to television rights alone. The network also own several radio stations spread across the country. These stations share the same objective with the TV network which includes promoting the Nigerian and African culture. These stations along with NTA achieve these by bringing relevant content to keep their audience entertained and educated.

In this post, we’ll be looking at the NTA logo which has been an ever-present relic since the TV network was founded in 1977.

However, many have called for the change of this logo as it is seen as boring and unattractive especially to the younger generation.

Interestingly, it seems the management at the TV network has finally listened to these criticisms as it organized a competition between February and March 2017.

The contest was tagged NTA Refresh Competiton. It was held for graphic designers to redesign the NTA logo and the duration was between 24th February, 2017 and March 10th 2017.

The current NTA logo is made of brown and orange colours. However, a graphic designer, Leslie Williams recently re-imagined a new logo for the NTA which looked quite dynamic and energetic.

According to the designer, the primary objective of the design was to boost the NTA brand amongst many other things. Below are some of the things the new brand will do to the NTA brand:

However, it is yet to be heard if the management of NTA have accepted Leslie’s proposal. 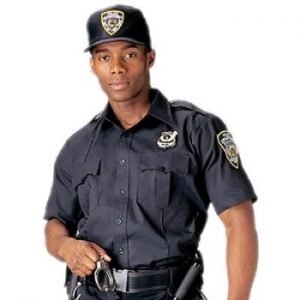