The Niger Delta region, one of the richest areas with natural resources on the planet. At the same time, it is one of the poorest and most polluted areas in Nigeria, where armed conflicts are ongoing. Since the discovery of oil in 1957, the situation has only worsened every year.

When Nigeria’s current president, Muhammadu Buhari, came to power in 2015, he vowed to fight corruption in the oil sector. The most painful issue for the country, however, has not been resolved, but it did not prevent Buhari from being re-elected in 2019 for a second term.

Nigeria produces 1.98 million barrels per day but is forced to import tens of millions of liters of gasoline. The problem is that in a country with a population of 203 million inhabitants there are almost no refineries. The state is forced to bear the cost of the distribution of gasoline, a liter of which costs about 0.34 euros (twice lower than in neighboring Benin).

Back in 1977, the Nigerian National Petroleum Corporation (NNPC) was established in the country. Today it ranks 19th in the world in terms of oil and liquefied natural gas (LNG) production and 1st in Africa in oil production. It was created, by the way, by the same Buhari.

The Niger River flows into the Atlantic Ocean, creating a delta area of about 20,000 km2. The region is divided into nine states with about 30 million inhabitants from more than 40 different ethnic groups. This is where Nigerian oil is produced. However, the local population is not bathed in yellow gold, extracting gold “black”. Moreover, it is one of the most polluted areas in the world due to oil production. Diseases, unemployment, reaching 35%, and constant armed conflicts here are in order.

After the creation of the new state, the main task was to understand what to do with the sudden wealth. A decision was made to nationalize. From now on, 40% of production was controlled by the state, and the rest was distributed among several multinational corporations such as Shell Nigeria, US Chevron, Exxon, and Italy’s Eni. Over time, the share of the state grew to 60%.

While we are talking about ongoing business processes and issues we can compare the situation that was taking place in South Africa recently. Large foreign corporations helped the SA economy, especially regarding its currency which is mostly dependent on economic performance these days for South Africa.

There were positive signs from the partnership with international corporations because the top 3 forex brokers in South Africa were way ahead of the news and had already distributed signals to their traders to place trades on ZAR/USD.

Nevertheless, transnational corporations have become actively involved in Nigerian life and even used the national army to protect their interests. Local residents were not satisfied with this state of affairs. Instead of getting rich, the region was plunged into poverty. Global poverty data released by the Brookings Institution in 2018 show that Nigeria has overtaken India in the number of people living in extreme poverty. And 87 million Nigerians live on less than $1.9 a day.

In 2006, the West African gas pipeline project was paralyzed for several months due to violence and protests by environmentalists.

There is another problem that complicates the process of oil production. It is estimated that about 6% of Nigeria’s oil production is currently lost due to theft, spills, and piracy. In recent years, almost 33% of oil vessels transiting through the Gulf of Guinea, where the Niger River flows, have been the victims of pirate attacks. Even off the coast of Somalia, known for its pirates, the number of pirate attacks is lower.

The Federal Government, with the help of other countries, continues to conduct military operations to put an end to both armed groups and oil theft. But the situation with the armed groups has not yet been resolved. This is a deeper conflict in which violence is merely a consequence of the ecological and economic degradation of the region.

The oil-rich region has always attracted Nigerians who sought to move to the Niger Delta in search of work. As a result, about 25% of the country’s population lives in this area.

Nevertheless, Nigeria’s oil sector is extremely dependent on commodity price spikes. The fall in barrel prices in 2014 plunged Nigeria into its first crisis in 25 years. While the authorities were considering how to diversify the economy to less dependence on oil (it accounts for two-thirds of the state’s income), a pandemic of coronavirus erupted. Production fell immediately to 1.7 million barrels per day (data for June 2020).

Although oil accounts for about 10% of the country’s GDP, it accounts for 57% of budget revenues and more than 80% of exports. This means that any drop in export earnings could have a significant impact on Nigeria’s economy as a whole. In its Global Economic Outlook report published in early June 2020, the World Bank predicted that Nigeria’s energy sector would shrink by 10.6% this year.

Doyin Salami, chairman of the Economic Advisory Council (EAC), said in 2019 that the country was not oil-rich, but rather dependent on oil. It is difficult to disagree with him, given how much of Nigeria’s problems were caused by the discovery of oil deposits in the mid-20th century. Only a comprehensive solution to such problems as armed conflict, piracy, and hostage-taking of foreign oil workers, environmental disasters, oil theft, unemployment, and poverty will help Nigeria finally get rid of the curse of “black gold“. 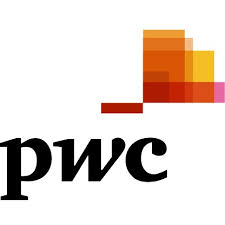 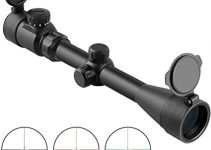