Nigeria is blessed with many natural substances. Among such are rocks, and in this post, we will take a look at the top 10 rocks in the country.

The rock is a 400-metre (1,300 ft) monolith and can be said to be the city’s most noticeable feature. Aso Rock houses the Nigerian Presidential Complex, Nigerian National Assembly, and Nigerian Supreme Court around it.

The origin of the rock can traced to Asokoro which means the people of victory hence Aso Rock means victorious.

Aso Rock was the location of the 2003 Aso Rock Declaration which was issued by Heads of Government of the Commonwealth during the CHOGM held in Abuja. This declaration reaffirmed the Commonwealth’s principles as detailed under the Harare Declaration and set the ‘promotion of democracy and development’ as the organisation’s priorities.

Olumo Rock is one of the most popular tourist attractions in South West Nigeria. It is 449 feets in height and it is located in the city of Abeokuta in Ogun State.

Historically, Olumo was used as a fortress by the Egba people in the early 19th century. The rock served as a vantage point for the people as they were able to monitor the enemy’s movement which led to their eventual triumph.

If you looking to visit the rock for sightseeing, you can easily lodge at the Gateway Hotel or the Olumo Guest House which are just a few minutes drives from Olumo.

Olumo Rock was renovated in early 2006 leading to inclusion of a new museum, restaurants, water fountain and the ancient Itoku market.

The market is centre of the indigenous Abeokuta industry of tie-and-dye which is locally known as adire. You can easily see the adire crafters, usually women showing off their designs in sheds alongside the roads.

These crafters live in building behind these sheds. You can also purchase local beads, bracelets, sculptures and musical instruments like the sekere and talking drum along the road leading to Olumo rock.

When descending the rock, you can sight the Ogun river running like a silver chain amidst a forest of aged red corrugated roofs bordered by thick green forests which melt into the horizon is breathtaking.

Zuma Rock is located in Niger State. It is a large monolith, an igneous intrusion composed of gabbro and granodiorite.

The rock rises spectacularly immediately west of Nigeria’s capital Abuja and can be seen along the main road from Abuja to Kaduna off Madala. It is sometimes called the “Gateway to Abuja from Suleja”.

You can find a picture of Zuma Rock on the N100 note.

Historically, the rock was used as a defensive retreat by the Gbagyi people against invading neighbouring tribes during intertribal warring. It is 3,691 feet in height which makes it talled than Aso Rock and Olumo Rock put together.

Located in Plateau State, Wase Rock is one of the few volcanic rocks in Nigeria. It is also one of the only five available breeding grounds in Africa for the Rossy White Pelican Birds. As a result, the State Government protects about 321 hectares (790 acres) of land around the rock as a bird sanctuary and for wildlife development

The name of the rock originates from the Wase Town in Wase Local Government Area in Plateau State. The rock can be found near the Wase Town.

The rock stands at a remarkable height of about 350 metres (1,150 ft) above the surface of the neighbouring surroundings. It has a massive dome shaped rocky inselberg which is one out of only five in the world.

Wase Rock is a spectacular inselberg and an excellent tourist attraction although it isn’t quite popular.

Also known as the Three Rocks, it is an unusual rock formation located in Riyom town in Jos.

The Riyom Rock is certainly a wonder of nature because of its unique arrangement with the rocks laid on top of another. Interestingly, this arrangement has been like that for over a thousand years.

The best time to visit this tourist attraction is November which is the month that experiences the least rainfall. This is also the time when the Nzem Berom Festival which is a tradition with the Berom people takes place.

Other interesting rock formations in Nigeria include:

This rock formation is located in Sokoto and it is also an important tourist attraction.

This was the first site of a coal mine in 1915. Although it is primarily a hill, it has some rocky formations around it.

The tunnels beneath the hills where coal was mined have evolved to become an important tourist attraction in Enugu State.

As a tourist, you can either explore these tunnels or climb the hills

Plateau State seems to be the centre of rock formations as Shere Hills is another important rock in this state.

The highest peak of Shere Hill reaches a height of about 1829 metres. The hill is a well known tourist attraction in Plateau and in 1976, the First All African Scouts Jamboree was held at Shere Hills in 1976.

Kazaure Hill is located in Jigawa State in the ancient city of Kazaure. The inhabitants of the valleys around the hills are known to be farmers.

The city of Kazaure has been very important since 1819 as it has been the headquarters of the Emirate. The history of the city can be traced to Dan Tunku, a Fulani warrior who was one of the 14 flag bearers for Usman dan Fodio.

Kufena Hills is located in Zaria in Kaduna State. It is known for its rugged terrain with various landforms.

Kufena has a height of about 825m above sea level. On the 17th of July 1956, Kufena Hills was declared a National Monument.

The hills are composed of metamorphic rocks which make up the base material. 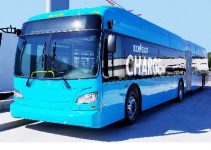 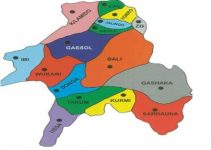