Fidelity Bank Nigeria Plc is one of the Financial Institutions in Nigeria offering banking services. It started out as Fidelity Union Merchant Bank Limited in 1988. It converted fully to commercial banking in 1999 and changed its name to Fidelity Bank.

Its Vision is to be No. 1 in every market they serve in and every branded product they offer. Its mission is to make financial services easy and accessible to customers, while her values abbreviated as CRUST are Customer first, Respect, Excellence, Shared ambition and Tenacity.

Fidelity Bank Nigeria is today ranked about the Top 10 banks in Nigeria and has branches in major cities and commercial centres across Nigeria. The current Managing Director/Chief Executive Officer is Nnamdi J. Okonkwo.

The bank has over 220 branches nationally and has over 2.3 million customers. She is ranked 6th Nigeria and 622nd in Africa according to the Banker Magazine of the Financial Times Group in its 2014 edition.

Address: No 2, KofoAbayomi Street, Victoria Island, Lagos and her 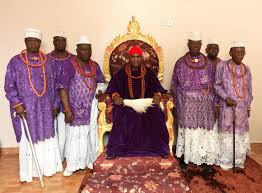