At the initial stage, the members were girlfriends of the male cult members.

The history of cultism can be traced back to 1952 when a group of seven students formed the Pyrates Confraternity. Interestingly, Africa first Nobel Laureate, Professor Wole Soyinka was a member of that group.

At the time, the pioneer members of the Pyrates called themselves the “Magnificent Seven” the vision of the group at that time was to differentiate themselves from the hypocritical and affluent middle class folks that dominated the University of Ibadan campus at that time. The motto adopted was “Against all conventions”

This was the only cult group in existence for almost two decades. When the other confraternities like Black Axe, Eiye and Vikings began to spring up, they were initially old members of the Pyrates confraternity.

Back to the Black Bra Confraternity, we have highlighted some core features of Black Bra members as well as what it take to be initiated.

As the name implies, the Black Bra Confraternity members wear black clothings. Usually, their bra or underpants are usually black in colour.

You can almost tell a sorority member by her appearance. Their rugged and wild look is one feature that can’t be overlooked. Usually, this mien is quite intentional as it tends to create fear or intimidate those around. Also, members tend to live a life of heavy drug and alcohol use which can be observed from their speech and mannerisms.

People can have body marks due to accidents or other unsavoury events but this is different with a confraternity member. Usually, they get their marks or scars from their initiation or from clashes with members of rival cult groups.

Cultist often has specific language which they use in communication. They use these signs and codes to pass information to their fellow confraternity members. This prevents outsiders from decoding their movement or actions and to keep things secret where possible.

Confraternity members often seek ways to protect themselves. It is not uncommon to see them in possesion of guns, knives or axes. They may also fortify themselves with amulets or charms.

Fraternity members are often involved in prostitution where they offer their body for money.

Apart from the characteristics of a Black Bra member, the initiation process is another interesting thing about the group.

One of the conditions prior to joining the Black Bra cult is being deflowered or sex romp on the day of initiation. This occurs in the presence of other members of the cult.

Also, the newbie will be expected to make a cut in her thumb. After which, she will cook a special kind of soup with this blood which she will drink along with her clan.

As it is with other cults, once an individual has been confirmed a Black Bra member, she cannot leave until death. However, the individual can leave to another clan as long she’s sure of protection by this clan. 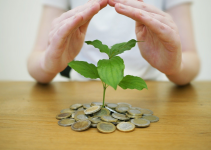