The Yoruba land is generally regarded and nicknamed the home of twins. The Yoruba people are reported to have the highest rate of twin births in the world.

A little town in Oyo state called Igbo-Ora has been nicknamed the Twin capital of the World because of its unusually high rate of twin birth. It is reported that there are 158 twins per 1000 births in that town.  One of the locals in the town has once boasted that every family in the town has at least one twin.

The twins are known as Ibeji in the Yoruba language. Ibeji is the name of an Orisha (god) who represents a pair of twins in the Yoruba religion of the Yoruba people of Nigeria. The Yorubas in disapora in the spirituality of Latin America however associate twins with Saints Cosmas and Damian.

In Yoruba spirituality and culture, twins are believed to be magical and are granted protection by the god (Orisha) called Shango.

In Yoruba language, the firstborn of the twins is called Taiwo while the second one is known as Kehinde. However, the second twin is regarded as the elder twin. Why?It is believed that Kehinde (the second) sent Taiwo (the first) to have a look at the world and judge if it is fit and beautiful before he/she comes in.

Kehinde is short for Omokehinde which means ‘the one who comes after Taiwo’ or ‘the second-born of the twins’. Taiwo means ‘the first to have arrived’

Below are a set of eulogies for the twins known as Ibeji  in the Yoruba language and the meaning of the words:

Every set of twins hails from Isokun.
A relative of monkeys you are
Hoping and jumping from one tree branch to the other
Jumping helter-skelter, you landed in a wretched man’s place
Turning around his misfortunes
A rare set of children that commands much and undue honour and respect from even their parents
To your stepmother, you are an unwelcome sight
But to your very mother, you are both emperors of two empires!

If Taiwo goes ahead
Likewise Kéhinde remains behind
Taiwo is the child, Kéhinde is the elder
Taiwo is sent to get out first
I order to taste the world
(To see) either it is good or bad

He tastes the world. The world is sweet as honey
Taiwo, Kéhinde I greet you
Only they two stand before the mother
He comes into the kings house laughing joyfully
Let us get something to eat (and) something to drink

Many of the translation of the eulogy may seem impossible because some Yoruba words do not have corresponding English meanings. The Eulogy is about the importance of twins in the Yoruba culture. Ibejis are believed to be the king of children and their birth into a family means the arrival of fortune. In fact, if the family is a poor one, it is believed the twins will make them rich. The eulogy then ends with a prayer asking God to protect the twins.

Twins are highly respected in the Yoruba culture. Infact, if one of the set of twins should die, it is believed to signify bad fortune for the parents and the society to which they belong. The parents will therefore commission a Babalawo (Priest) to carve a wooden human to represent the deceased twin. The parents take care of the figure as if it were a real person; feeding, cleaning and decorating the wooden figure with clothing made from cowry shells, as well as beads, coins and paint.  Other than the sex of the deceased twin, the appearance of the Ibeji is determined by the sculptor/ herbalist. In today’s world, Ibeji figures are admired by tribal art collectors. Many of these figures are found in western collections. The British museum in London is the world’s largest collection of Ibejis. 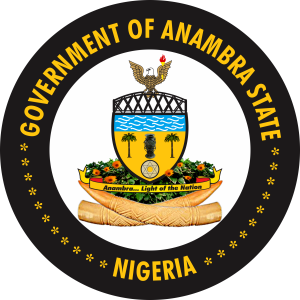