Lagos State is a state in the southwestern geopolitical zone of Nigeria. It is the smallest in area among Nigeria’s 36 states. However, the state is arguably the most economically important state of the country, containing Lagos, the nation’s largest urban area. It is also a major financial centre and would be the fifth largest economy in Africa, if it were a country.

Lagos State is also the most populous state in the country with a population in excess of 20 million according to the Lagos State Government.

In this post, we look at the latest news update in Lagos State from the dispute between the Lagos Assembly and Governor Ambode to the 2019 general elections in the state.

Members of the Lagos State House of Assembly have fired back at Governor Akinwunmi Ambode over the controversy surrounding the presentation of the 2019 budget.

The House had earlier denied receiving the 2019 budget from the Governor Ambode-led government as what the executive arm of government claimed was the budget for 2019, was rejected on Thursday, January 10, by the House.

The Lagos State House of Assembly rejected the budget which came in the form of a correspondence from Governor Akinwunmi Ambode. The house cited section 121 of the country’s constitution which stipulates that the head of the executive should present the budget before the House. The lawmakers insisted, and it was approved, that the governor must be the one to present the budget before the House. However, the lawmakers revealed that they were prepared to receive the budget upon proper presentation by the House according to the House norm.

The majority leader of the House, Sanai Agunbiade, one of the lawmakers who spoke, said that the document was not properly laid before the House and he thinks it was because the Executive knew it was running out of time that it hurriedly sent the correspondence. He asked that the House should be made to do the right thing.

Another lawmaker, Yinka Ogundimu representing Agege 2 had earlier asked his colleagues to take a critical look at the correspondence of the governor shortly after it was read on the floor by the clerk, Azeez Sanni. He argued that the correspondence was wrongly dated and that it could not have come after the House went on recess.

In his own argument, Honourable Moshood Oshun, who cited a provision of the constitution to show that the governor and the executive arm erred, argued that it was only proper that the budget be presented as supposed. According to Oshun, what the governor did was in disregard to the law and the sanctity of the lawmaking function of the House. He tasked the leadership of the House to ensure that the executive arm did the right thing. He further noted in agreement with another lawmaker, Lanre Ogunyemi, that the House decided to reduce its supposed six weeks recess to two weeks and only decided to proceed when it was obvious that the budget would not be sent.

The speaker of the House, Mudashiru Obasa insisted that governor must respect the provision of the constitution by physically presenting the budget before the lawmakers. Obasa, who noted that this is not the period of acrimony, reminded the lawmakers that they have a stake beyond May 29, and should, therefore be ready to continue to serve the people. He also warned them against comparing themselves with those whose stakes do not exceed May 29, 2019. While thanking the lawmakers for remaining calm since the issue started, Obasa said: “Those who have a very short stake can afford to do anything they like.” He disclosed that the first call he received concerning the budget was on December 24, when he was told of the willingness of the executive to make the presentation. He said the letter, wrongly dated December 17, 2019, was received by the House on December 28, 2018. He further revealed that there was no fault on the side of the Assembly and nobody can present the budget on behalf of the governor who is the head of the Assembly.

The Ex-President Goodluck Jonathan revealed that he had fully discussed the subsidy removal plans with state governors and all other relevant stakeholders prior to the announcement in January 2012.

Goodluck Jonathan revisited the controversial issue of subsidy removal in his new book, ‘In My Transition Hours’, which was launched in 2018. The former president blamed the opposition state governments of betraying him to instigate and support the protests that erupted after the announcement of the subsidy.

In the third chapter of the book, Jonathan explained why his administration decided to remove subsidy. According to Jonathan, the toll subsidy payments were taking on government resources and he felt they had no option other than to completely deregulate. It was also clear that if the government continued to subsidise petroleum products, it would affect economic growth and may even collapse the economy completely.

He revealed that the subsidy plan was discussed at the Executive Council of the Federation meeting and had the support of the National Assembly, all the state governors, labour unions, civil society organisations, youth groups, etc.

According to Jonathan, he held several meetings with state governors and it was at one of those meetings that it was agreed that the governors would conduct town hall meetings and media enlightenment campaigns in their various states. In fact, the state governors needed additional money to boost their receivables from the federation accounts and they requested that the subsidy removal commenced immediately but he objected. Eventually, they agreed when he explained that end of the year activities including Christmas and New Year celebrations usually bring a lot of financial pressure on Nigerians.

However, he was surprised when all the bodies, including the governors, allegedly turned against his government and started staging protests immediately the announcement of the subsidy was made on January 1, 2012.

Almost immediately organised protests erupted in some states including Abuja. The demonstrations began mostly in states controlled by the opposition. Even the Nigerian Labour Unions that were exhaustively consulted joined the protests. Also, some sections of Civil Society that were properly briefed which we thought would go along with the idea joined the protests.

Olabode George has revealed that the Peoples Democratic Party (PDP) is ready to wrestle power from the APC in the forthcoming 2019 general election in Lagos state. He accused the APC of has holding Lagos state hostage for the past 20 years. According to him, PDP would rescue the state from monstrous, dictatorial, reckless leadership.

Bode George, a former deputy chairman of the PDP also said that the Lagos state governorship election in 2019 would be a contest between the Party and APC. George said the contest would be focused on rescuing Lagos state from the “monstrous, dictatorial, reckless, godfatherism” that has held the state hostage for the past 20 years.

He revealed this on Wednesday, January 9, at a stakeholders’ meeting in Lagos where he said the opposition party is doing all it would take to rescue Lagos from “the enemy”.

On Wednesday, January 9, the Muslim community in Lagos had an interactive session with the governorship candidate of the Alliance for Democracy, where it requested for the establishment of a Sharia court.

The candidate, Owolabi Salis, promised to set up a committee to look into the request if he is elected governor of the state. The clamour for the establishment of a Sharia court that will adjudicate cases concerning Muslims has begun by the Muslim community in Lagos state.

The community said the Sharia court is needed “because Muslims’ affairs are being decided by people who know nothing about Islamic laws”. The governorship candidate, who promised to set up a committee to look into the request if he becomes victorious at the poll, said religious leaders must oppose injustice. In attendance at the event were Muslim clerics from Ikorodu, Epe, Badagry, Ikeja and other areas in Lagos state.

According to the statement by Sanwo-Olu, he revealed that his campaign would deal with issues affecting the lives of Lagosians, adding that the governorship poll would be about who has the best credentials to lead the state. This was a response to Agbaje’s tweet that the powers that be in Lagos were anti-Igbo, reminding Sanwo-Olu of Oba Akiolu’s statement to south easterners in 2015.

Sanwo-Olu disclosed in his statement that he initially wanted to ignore Agbaje but he decided to caution his fellow contestant that as leaders, they should place a high premium on civility and imbibe a higher level of decorum in a period like this as an example to our followers.

He further said that said that their campaign should be about important issues that affect the lives of our people as well as what they are bringing to the table to make life more meaningful to Lagosians. He stated that the election will be about who has the best credentials to lead Lagos at this time of our development. It won’t be about who can dish out the most insults or tell the most lies. It will also not be about who can instigate ethnic tensions between the Yorubas and the Igbos instead it will be about who has the best plan to continue with the progressive and developmental agenda of Lagos that started since 1999.

ADP governorship candidate in Lagos, Babatunde Gbadamosi, says he will deliver 10,000 affordable housing units annually in the state if elected – Gbadamosi, a real estate expert, said the accommodation crisis in the state was not befitting of a place like Lagos.

He also promised to deploy the right technology to construct 40,000 housing units over four years to tackle the problem. Gbadamosi made this promise on Wednesday, January 9, in Lagos at a debate, organised by a non-governmental organisation for governorship candidates in the state. He said he would replicate the strides of former governor Lateef Jakande in affordable housing to ensure improved access to housing.

The ADP candidate revealed that they have a clear manifesto on housing and the plan is to deliver a modest figure than what the current governor of the state promised.

Here is an excerpt from his statement “We are promising 10,000 affordable housing units year in, year on for the next four years to improve access. “This, we think is a possibility, if you consider the fact that former governor Lateef Jakande was able to provide 20,000 affordable housing units in just four years and three months. “Construction technology has moved in leaps and bounds since then and all forms of innovations are coming to the industry that has made it possible for us to conservatively say we will build 10,000 housing units every year. “We will be committed to the promise because we believe Lagosians deserve a decent life. We will deliver 40,000 housing units to residents.”

Gbadamosi also promised to implement a robust waste management policy to ensure a cleaner state. He said it was the constitutional responsibility of the local governments to handle waste management and that he would equip the councils to perform the job. 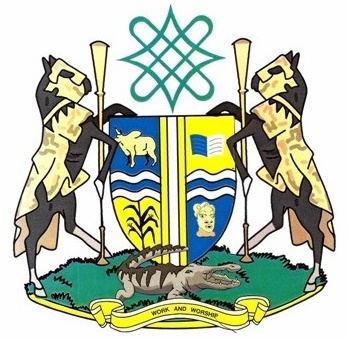